Today is Pearl Harbor Day. 68 years ago this morning the Japanese attacked the United States Pacific fleet at Pearl Harbor, bringing the United States into World War II. Rather than post something about the attack, the second world war, or any number of other things; I have decided to talk a bit about an architectural masterpiece, the memorial for the USS Arizona.

The 184-footlong structure has two peaks at each end connected by a sag in the center of the structure. It represents the height of American pride before the war, the sudden depression of the nation after the attack on December 7th, and the rise of American power to new heights after the war. Critics initially called the design a “squashed milk carton”.

Preis explains the architecture of the memorial as this, “Wherein the structure sags in the center but stands strong and vigorous at the ends, expresses initial defeat and ultimate victory … The overall effect is one of serenity. Overtones of sadness have been omitted to permit the individual to contemplate his own personal responses … his innermost feelings.”

To this day, oil can still be seen rising from the wreckage to the surface of the water. The oil seeping is sometimes referred to as “the tears of the Arizona” or “black tears.” 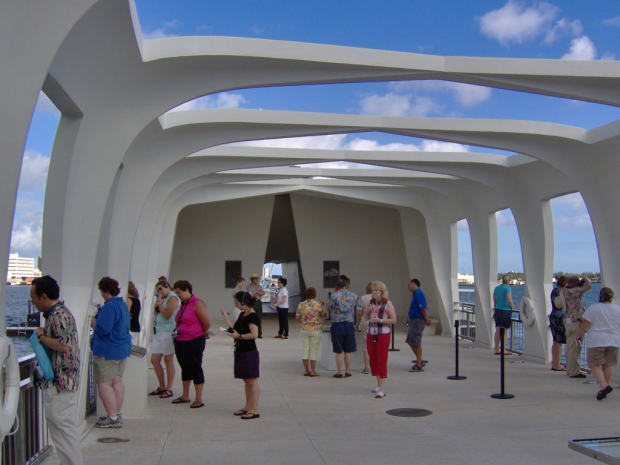 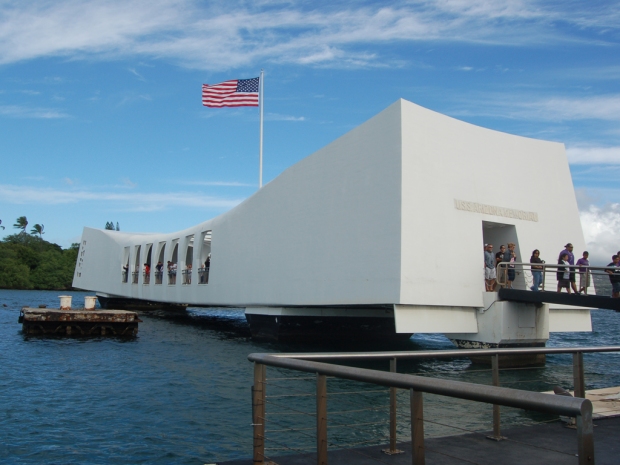 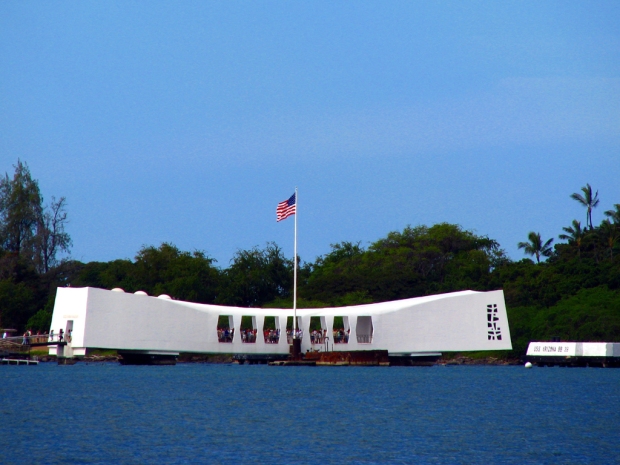