If you are a SciFi nerd, or you watched TV in the 70’s you might remember Land of the Giants. This projector first reminded me of the spaceship in that TV show. None the less, all office equipment should look this cool, especially those hideous beige and black box-shaped projectors so favored for Power Point presentations around the world.

David Riesenberg has designed a HD wireless projector that is quite frankly drool worthy. The projector is built from semi monocoque carbon fiber as part of the GEO series. The projector produces full HD video at 1080p, has built-in WiFi, and a SSD card slot for connecting to source files. using an internal Li-Ion battery the projector has a battery life of up to 3 hours. In addition it can be plugged directly into any wall outlet for continuous use. Thanks to the combination of WiFi and internal storage, OO doubles up as an extender/duplicator of an external display or as a wireless media projector/streamer with built-in decoding capabilities.

The projector rests on 3 fold out self articulating legs, which allow the device to rest on uneven surfaces. It also comes with a touch screen remote, which I wish there was a bit more information on. The shots of the UI leave something to be desired. 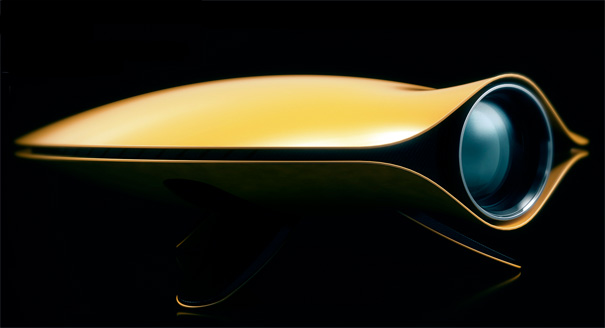 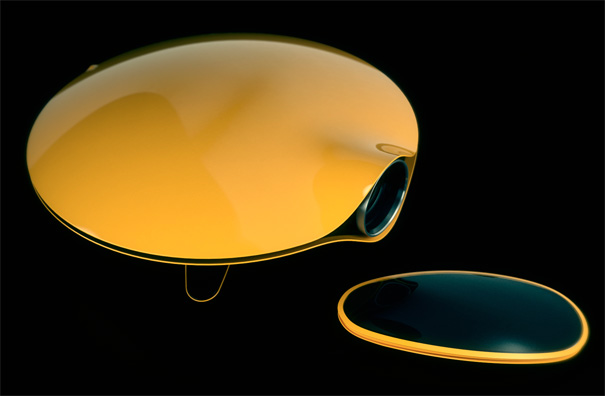