I’m not a “Selfie” person. The whole act just seems so narcissistic to me. I’m not judging you if you are a selfie shooter, it’s just not my thing. The act of taking selfies is nothing new, although with the advent of front facing cameras on your smartphone it has definitely become more common place in the last few years. So much so that “Selfie” was 2013’s word of the year.

Latching onto the selfie craze and hoping to promote their new phone, HTC gave London photographer Dan Rubin their new HTC One Mini and asked him to not only “play with it”, but put his own spin on the selfie with it. So Rubin took to the streets of London and created a very funny and somewhat telling ad campaign for the phone. Instead of shooting selfies, or asking others to take them, he took existing selfies of celebrities, loaded them to the phone and then cleverly photographed them in front of others faces.

“HTC gave me a new HTC One Mini to play with and asked if I could put my own spin on the selfie — so I headed to Carnaby St yesterday and had a quick play at the expense of celebrities, especially a few with a penchant for selfies ;)” Dan Rubin 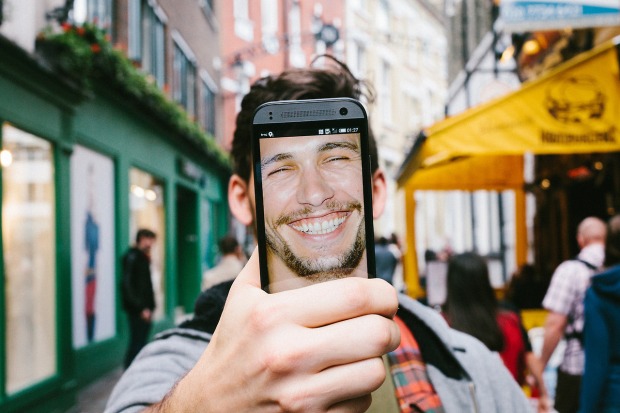 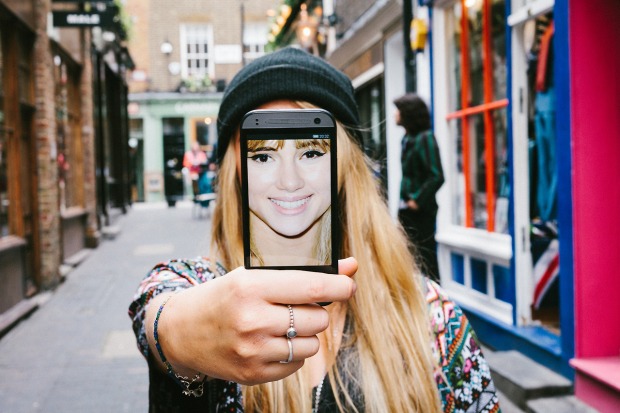 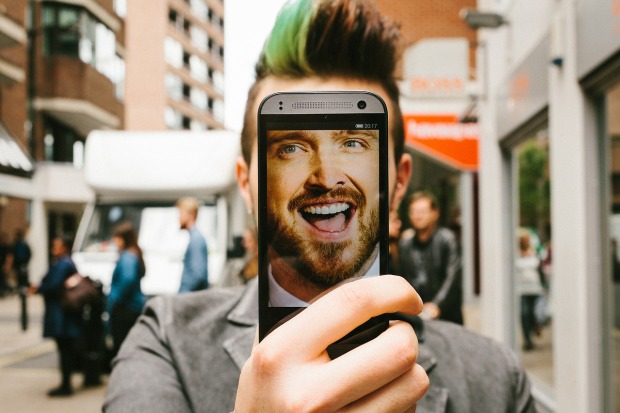