“Odd Harmonics” is a series of twelve custom built Theramins by designer and artist François Chambard. If you are unfamiliar with what a Theremin is, it is one of the first electronic musical instruments. You have probably heard the sound they produce from 1950’s sci-fi movie soundtracks to the Beach Boys Album Pet sounds. The Theremin produces a wobbly tone that shifts pitch as you move your hand closer and further away from the antennas.

Chambard, is founder of the Brooklyn based UM Project, a design studio that produces handcrafted theremins, transforming them from utilitarian boxes into fantastic musical creatures. The images below are from the first showing at the Judith Charles Gallery in New York City in October of last year. If you want to see them, and possibly play one now, you can catch the show at the Makers Biennial at the Museum of Arts and Design In New York City.

“The Odd Harmonics collection combines different influences that yield a rich and colorful language: mid-century design, Bauhaus-Pop, Memphis, Steampunk. Like other creations by François Chambard, the success of the pieces relies on original design, impeccable execution, the use of rich and honest materials, as well as the emphasis on connections and details. The result is graphic and colorful details, highly noticeable and memorable, reminiscent of old joinery techniques and traditional craftsmanship, yet totally in sync with the digital age and appealing to the modern eye.” 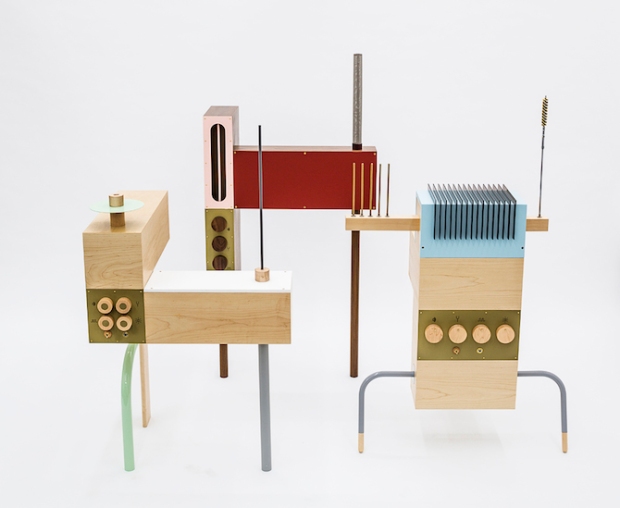 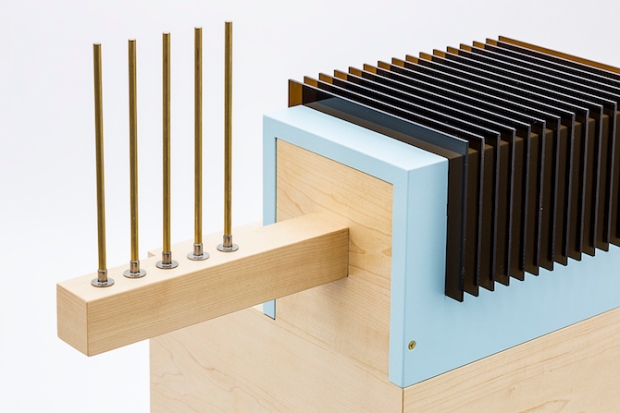