ABSOLUT VODKA commissioned Designer Thomas Feichtner to design of a new vodka glass to compliment their new hand crafted small batch vodka , ABSOLUT ELYX. The vodka is distilled from wheat that is grown within a few miles of the distillery, in the original copper kettle from 1921 used by ABSOLUT.

Drawing inspiration from other design projects he has been working on, Feichtner created a three leg glass that is produced by hand with the highest quality workmanship of which was key to this vodka’s concept. The glass picks up formally on many of his previous works while retaining an independent character.

“I’m fascinated by the formal alternation between positive and negative, between sine and cosine. And here, I absolutely wanted to separate the glass’s body from the surface upon which it stands and thereby also create a visually independent and self-sufficient object,” Thomas Feichtner

To compliment the glass, and the special vodka ABSOLUT and Thomas Feichtner have created a unique cocktail to go in it. The “Absolut Feichtner” which is comprised of a bit of wheat syrup and lime juice, and a shot of Peychaud’s syrup and a dash of Angostura Bitters. I haven’t tried it yet, but the ABSOLUT web site describes it as “rather light in body with floral aromas, supporting the vodka’s natural taste. The soft coppery hue that refers back to its origin: The nearly 100-year-old copper kettle No. 51 in Åhus, Sweden. 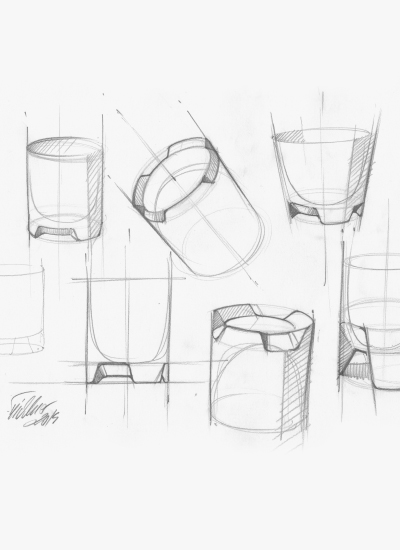 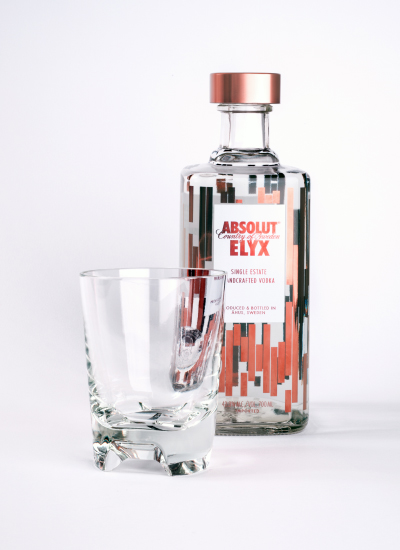 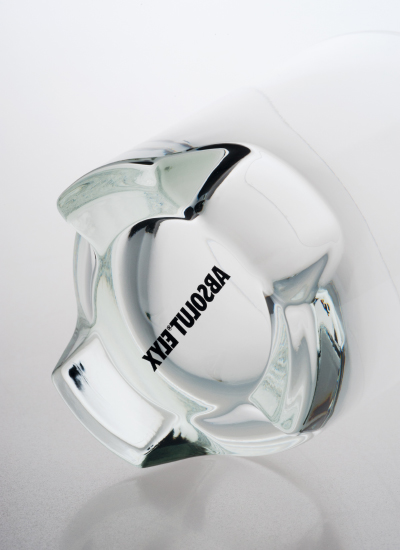 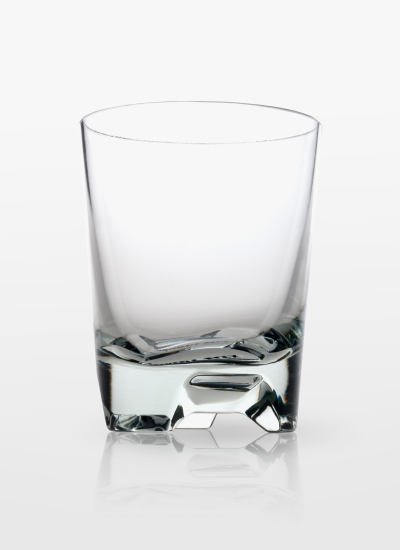