With China rapidly becoming the worlds largest purchaser of automobiles, Porsche could have done a hard sell campaign to move their high end sports cars. Instead they drafted the services of Fred & Farid Shanghai to create a clever subtle message about the Porsche 911’s rear engine configuration.

The Rear Horsepower campaign featured classic paintings and photographs of Sulky racers with the horse behind the carriage. It’s a clever visual play, paired with a minimal amount of copy and the Porsche logo. The campaign was presented as 4 print ads that were paired to an outdoor campaign as well. Using horse imagery was a purposeful choice that Fred & Farid made to tie into 2014 being the Chinese Year of the Horse. 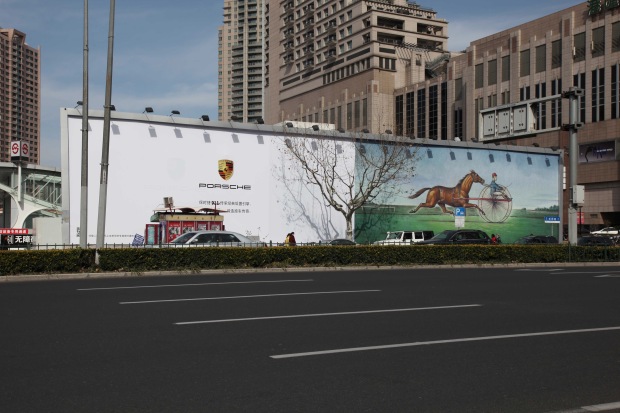