Why is it that almost all foreign currency looks so much better than the American dollar? I’m not bashing the buck, but from a design perspective, to me foreign currency is simply more visually interesting than the American greenback. Case in point, the currency of the year awarded by The International Bank Note Society for the New Zealand for its $5 polymer note. The design features the face of New Zealand native mountain climber Sir Edmund Hillary, with a backdrop of Mount Cook and, a yellow-eyed penguin seemingly printed with what looks like metallic gold foil.

Now, with that said, I don’t think this is an award winning piece of design in the true sense. It is busy, and burdened with an abundance of imagery, and various patterns, but if you look at it in terms of a contemporary painting or print, it’s quite successful. I know that the reason for the patterns, color, overprints, and such are due to security issues and a need to foil counterfeiters, but this is something I might hang on a wall, and that is often the case for foreign currency with me. I’m not going to do that with American currency.

For more about the competition you can find it in this article at theguardian.com along with a video. And below are some additional curency examples. 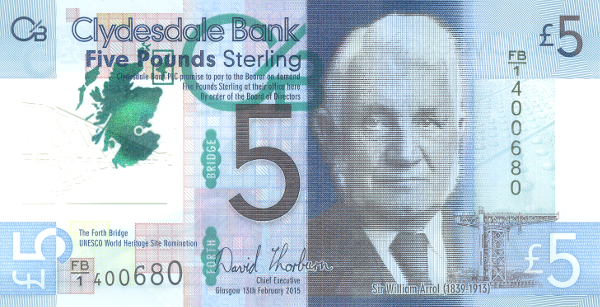