Structure sensor has been designed from the ground up to be a fully functional 3D scanner for your tablet. Unlike other 3D scanner technology that is designed to work with gaming consoles, or desktop computer systems, Structure sensor is optimized for mobile. The device requires no external power and attaches to the lighting connector on your iPad. It has a mobile optimized range making it ideal for field use. Structure allows the end user to quickly capture objects and the surrounding environment in digital form and export the data to CAD programs for 3D printing or additional modeling and rigging.

Using structured light, the Structure Sensor generates a VGA depth stream at 30 frames per second, where each pixel represents the distance to a real-world point. Structure Sensor’s depth sensing is powered by PrimeSense technology. 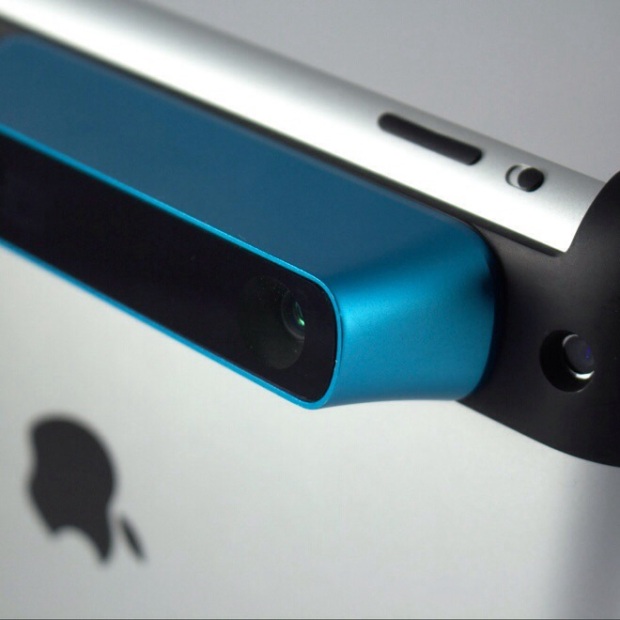 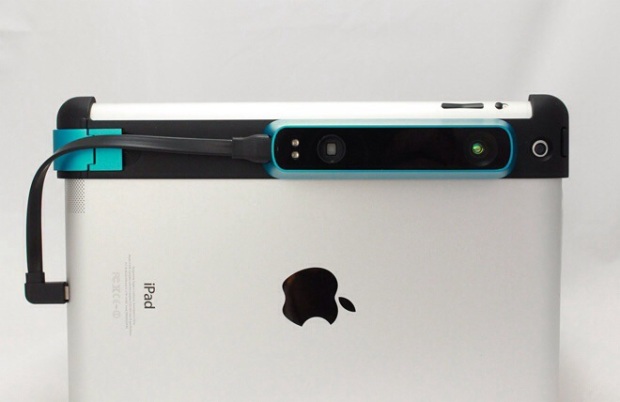 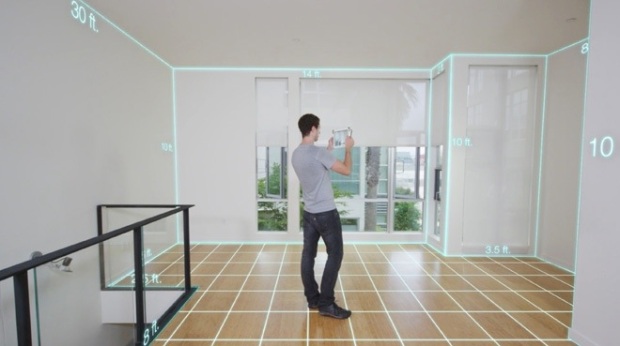 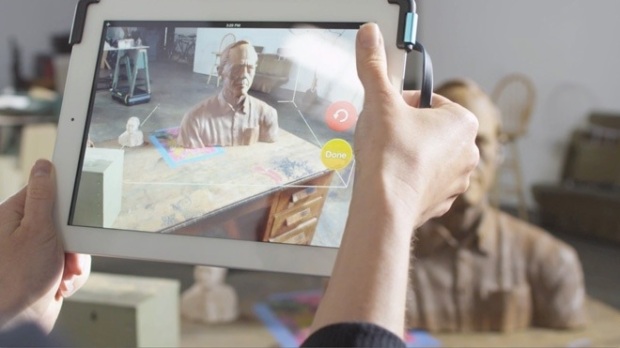 MPC Digital has reinvented the photo booth with Fracture IO, an installation that creates generative 3D animated artwork based on the human form. Fracture IO made its debut at the One Show Awards last week at the Bowery Hotel in New York. MPC Digital was approached by JWT and asked to create an innovative piece for the show. The result is an update to something that has remained fairly unchanged for the last 100 years.

MPC Digital used the Microsoft Kinect to capture both image and depth data in order to create a high-res 3D scan and then generate a full 3D model of whomever was in the booth. Using a combination of computer vision algorithms originally developed for robotic navigation, MPC Digital stitched together the image and depth data from 4 Kinects into a complete, accurate 3D model of whomever or whatever was captured.

Captured geometry was utilized as the basis for dynamically generated artwork. Each artwork created was then posted online with mobile-friendly, shareable unique URL that allowed visitors to experience it in 3D.