A little over a year ago at the Adobe Max conference in Los Angeles Adobe announced their new Creative Cloud service to the world. At the time it really seemed like another cloud based storage solution, but as it has rolled out Adobe’s Creative Cloud has begun to show what it is really about. Creative Cloud is Adobe’s vehicle to move all of us to a subscription based model for software.

On December 5th at 12:00 Central Standard Time, Adobe will host a live streaming event where Jeffrey Veen, the Vice President of Products at Adobe, will demo new Photoshop features that will be available to Creative Cloud members only. This is not a new strategy. Adobe has already done this with other core products (Illustrator, Dreamweaver and Acrobat) where there hav been Creative Cloud only upgrades.

The Creative Now Live event will showcase the upcoming team version of Creative Cloud, and a how to “explore ways to take your design skills from print to online and mobile.” This will be followed by presentations by Photoshop master Scott Kelby talking about hidden gems in Photoshop CS6, and Justin Weyers talking about “A Liars Autobiography: The Untrue Story of Monty Python’s Graham Chapman”.

So why should you watch the event and what does it mean to you the Adobe software user? You should watch because this event shows Adobe’s plan to move its user base to a subscription model.  A model that provides access to an extended range of creative tools for a flat monthly rate. This effects you the designer, because in the long term you will probably lease your software from Adobe.

If you are still on the fence about Adobe’s Creative Cloud, you can still get a special upgrade price to join. It’s 30 bucks a month which will cost you 360.00 a year.

Having just spent the last 6 days in Los Angeles attending the Adobe MAX conference, my blog posts have been on the light side. I tried to keep up with the post-a-day stuff, but it’s hard when you are attending a conference, speaking at the conference, and enjoying the conference festivities at night.

Since not everyone could attend MAX this year, I thought I would touch on a couple of the things that stood out in the keynotes. Things you should be interested in if you are an interactive designer. I would really like to tell you about two things I saw in the “Adobe Sneaks” section that pertain to Photoshop, but I am sworn to secrecy. Let just say this, if two of the sneaks items I saw make it into the next version of Photoshop, your head is going to explode with joy and amazement.

The things I can talk about are “Muse” and the “Edge Preview 3” that were both shown in keynotes on Monday and Tuesday. If you haven’t downloaded and installed the beta’s of these applications, and the Muse InDesign extension do it now.

Adobe Edge is a web motion and interaction design tool that lets designers to bring animated content to websites, using web standards like HTML5, JavaScript, and CSS3. The good news is, you don’t have to write code, the UI looks like After Effects, and the results are freaking amazing. Version 3 which was shown, demoed some really nice HTML5 based animation combined with an interactive layer that was used to build a web app that could be handed off to any developer for further refinement, if needed. The results that were shown preformed fluidly, and were built in a matter of minutes. In typical Adobe fashion, the UI looked clean and elegant, easy to use, and the program showed how you could be up and running in no time.

Muse is a standalone application, as well as an extension for InDesign. I highly recommend that you go to the Adobe Muse site and take a long look at what these tools can do. When combined with Adobe’s e-publishing tools, this program and extension become a one stop publishing and dynamic media tool allowing you to build everything from a magazine to an iPad application, to a web site. There is far more information than I want to write about here, and I know that I won’t give Muse the credit it deserves. Let me just say that in the 15 minutes that it was being shown off on stage, it really did make me stop and say this has the ability to change things in a very big way. That is a big thing for me to say. I am not the guy that looks at a new tool and immediately starts clamoring about how awesome it is, and how it is going to change the world, especially when it comes to development tools for the internet and rich media application development.

Both these software packages offer up a quick and easier way for designers to prototype applications that scale across multiple screens and outlet points. If you do any level of interactive design, you really need to investigate Muse, and Edge if you haven’t already. 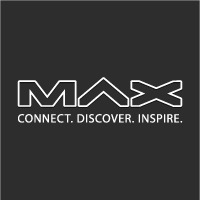 So here we are, the first day of MAX 2011. I’m less than 24 hours from my speaking session, and with each dry run of my presentation I make more and more changes. Rearranging slides, editing text, trying to remember what I am going to say. One thing I know, filling an hour won’t be hard. I’m just hoping I don’t disappoint, and I manage to be mildly entertaining.

Today Adobe showed offa slew of touch based applications for tablets, including Photoshop which drops for Android mid November, and first of the year for iPad. Along with Photoshop they demo’d the latest version of Ideas, a vector based sketching tool that saves files in a format Illustrator understands. Kuler, a tablet version of their color development tool. And a cloud based file sharing service that goes live early next year.

Adobe is fully embracing the tablet revolution, and based on what I saw today the future looks good.

I’m heading out to sunny Southern California tomorrow not for a week of R and R, but to attend and speak at the Adobe MAX conference in Los Angeles. Because of this, posts might be brief over the next week. What I remember from last year is limited phone reception, and WiFi.

I’ll probably post brief updates from the conference itself, and I hop I don’t bore the hell out of everyone when I do. Now I am going to go and finish up revision 1,238,467.3 of my presentation.