Since I was a kid, I have always been fascinated with furniture made from bent plywood. I think it comes from the fact that my grade school had so many Eames molded plywood chairs through out the building. Yes back in the day, before they became a coveted purchase from Design Within Reach, the Eames chair was pretty utilitarian. Beautiful, but affordable and utilitarian. This morning I was checking email, and a friend of mine had sent me a link to the “Cowrie Chair” designed by Brodie Neil, and built by Made in Ratio.

This stunning piece of furniture was inspired by the concave lines of sea shells, and requires an innovative process to build. A process that is a blend of digital technology, and handmade processes. The end result is a continuous flowing form from a single surface of Ash plywood. The chair is deceivingly simple and elegant with a feeling of pleasant continuity from the geometry of form.

Is it to late to add this to my Christmas wish list? 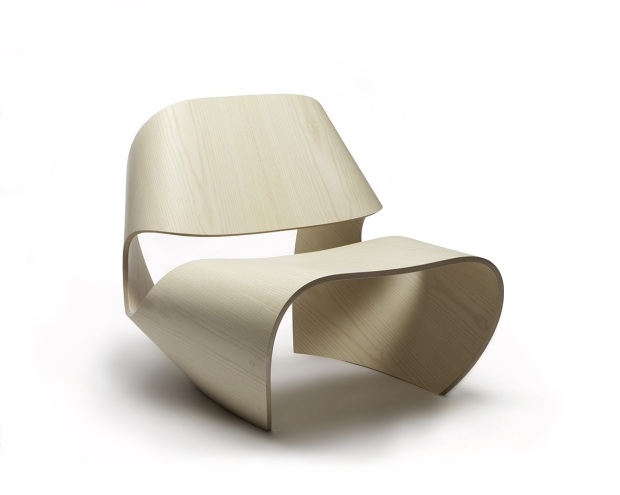 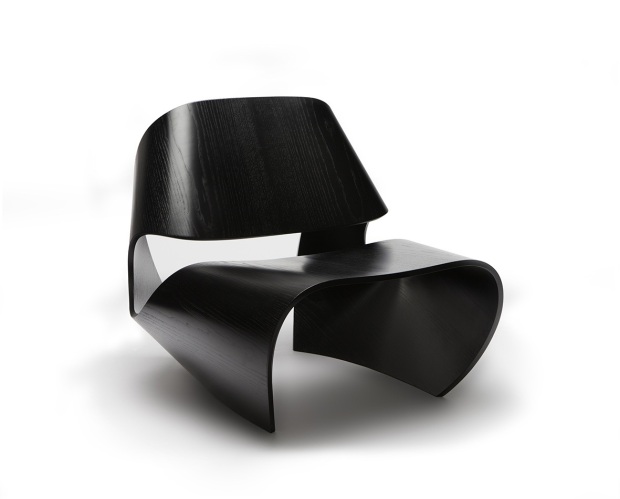 I’m a fan of Design Within Reach. I know that the name of the company is deceiving since their product line is not within the reach of many. I know DWR has also had it’s share of controversy in the past, and that many times you can find products they cary elsewhere. I’m a fan because they have championed high quality modern design, and exposed modern design to so many people over the last 15 years.

Today DWR introduced their new iPad app. While the app is primarily a shopping tool for DWR’s inventory of products, it is much more. The app is a rich interactive tool that features designer profiles, timelines, videos, interviews, a room designer and more. In many ways this app reminds me of an interactive book, similar to Phaidon’s Design Classics which was introduced for the iPad a few years ago.

DWR’s app is a nice example of the changing face of interactive content, and how the iPad and other tablets are forever changing the way we absorb and interact with digital content. While this app could be ported to a website, the result wouldn’t be the same. Like so many applications designed specifically for touch screen devices DWR’s app encourages  the user to do more. It creates an experience that goes beyond online shopping, educating and inspiring. Even if you are unable to purchase the products that DWR sells, this app is a great resource for those interested modern design. By making the inspire and learn sections equal to the shopping section DWR has created an experience that is open to all and reinforces their brand. I hope we see more of this kind of thing in the future. Companies like IKEA have already jumped on this band wagon, and frankly I’d rather experience something like this over Amazon.com any day. 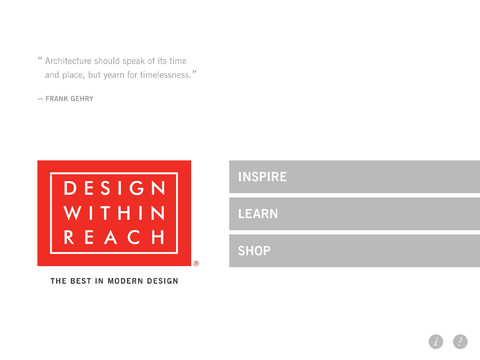 Finding planters that match or compliment the architecture of my house is kind of a pain. When ever I start looking most are either the typical terra-cotta round plain style, or they are traditional ornate glazed ceramics.  So when I found the Lechuza Sub-irrigation planters I got all excited. Yeah I know you all are rolling your eyes and saying “Excited by planters?”. Here’s the deal though, I like plants. I like them in my house. I want the plants to have a house that matches mine. So yeah, I got excited by planters.

Lechuza Sub-irrigation planters, are designed with a modern aesthetic, and finished with in bright glossy paint for a ceramic like look. The planters are made from high impact plastic for durability and resistance to the elements. In addition to looking great, these planters are UV and frost resistant making them ideal for both indoor and outdoor use.

One of the main features of these planters is the sub-irrigation system that supply plants with water the same way they would be supplied in nature. All you need is to fill a planter’s water reservoir and your plant will become self-sufficient for up to 12 weeks. ( I like this because I tend to forget to water the plants )

Lechuza offers 10 kinds of planters available in different sizes and different colors. One more thing, if you have priced planters at places like Design Within Reach, you know that they can be very pricey. These run from about $40.00 to $100.00 depending on the size. 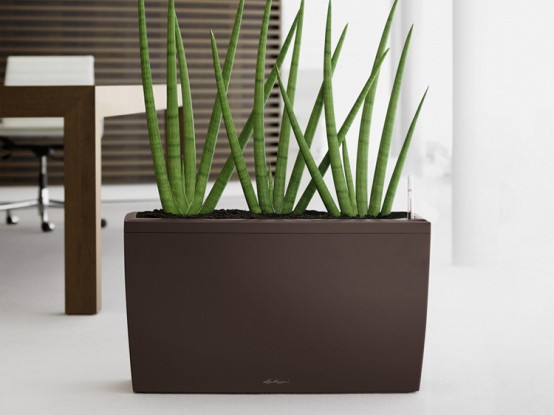 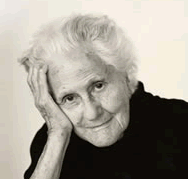 At 104 years old Eva Zeisel is as vibrant and involved in the design world as she was 80 years ago when she began her career in Europe. Known for  her work with ceramics, Zeisel declares herself a “maker of useful things”, but her useful things are beautiful to look at and elegant in form.

At age 17 Zeisel entered Kepzomuveszeti Academia (the Budapest Royal Academy of Fine Arts originally studying painting, but switched her field of study to design at the persuasion of her mother to engage in a career path that would be more lucrative in the long run. Zeisel apprenticed herself to the guild of potters and began to learn the craft of fine ceramics. In 1925 she left the Budapest Royal Academy of Fine Arts to work with a master potter in Budapest expanding her skills with ceramics and, her design aesthetic. Zeisel was the first woman to master the craft of ceramic manufacture, and in 1928 she applied for work with a series German ceramic manufacturers.

In mid 1928 Zeisel became the lead designer for the Schramberger Majolikafabrik in Germany where she worked for just over two years creating a range of designs for tea sets, vases, inkwells and other ceramic items. Ziesel’s designs at Schramberg were largely based on geometry and were influenced by the Bauhaus design school in Weimar and later Dessau.

In 1932 Zeisel moved to the Soviet Union to live with her brother, and to work in the ceramics field designing not only ceramic objects for a number of companies, but designing ceramics manufacturing plants as well. in 1936 Zeisel was arrested and held in prison for 16 months, 12 of which were spent in solitary confinement, after being accused of being involved in an assassination attempt against Joseph Stalin. Upon her release, she was deported to Vienna where she met her husband Hans Zeisel. In 1938 she and her husband moved to New York with only 64.00 dollars to their name. Less than two months later, Nazi Germany annexed Austria.

Zeisels career in the United States blossomed in the 1940’s, as she began to design pieces for General Mills, Rosenthal China, and Castellon. In the early 1940’s she taught one of the first courses in industrial design taught at the Pratt Institute, and in 1946 she had her first one-woman show at the Museum of Modern Art in New York City.

In the mid 1960’s she retired from commercial design to focus on personal works. This lasted for almost 20 years, until returning to produce designs for Nambe, Chantal, and Klien Reid in the mid 1980’s. She continued to design new works including the famous coffee table that waas produced for her own company Eva Zeisel Originals, and distrbuted by Design Within Reach. Her most current line of dinnerware is named “101” and manufactured by Royal Stafford, sold exclusively at Bloomingdale’s. Zeisel has released two designs in 2010 through EvaZeiselOriginals.com: The Eva Zeisel Lounge Chair, and Eva Zeisel Salt & Pepper Shakers.

Not only do I hope that I make it to 104 years of age, but I hope I am as vibrant, energetic, and still producing art at that age. Her work is masterful, and elegant, working with simple forms and shapes often hinting at more complex forms, that draw from classic design. 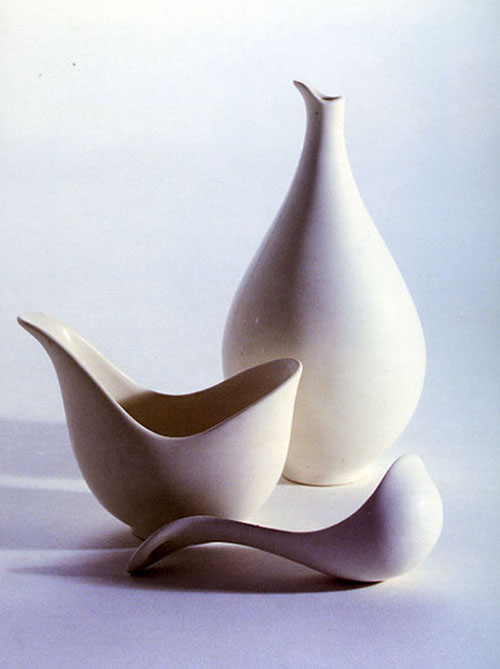 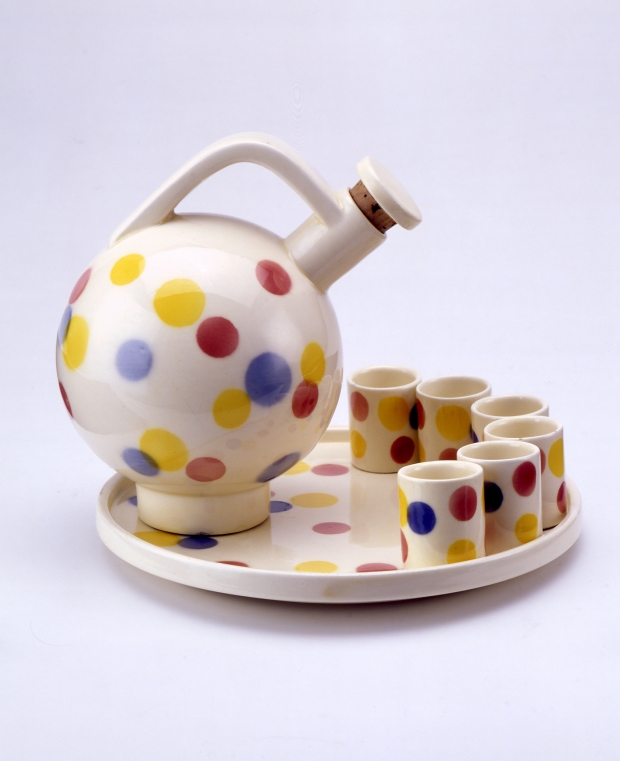