One thing about setting up a home office is you get to search for all sorts of cool office accessories. This morning while looking for desk accessories, lamps, cable management, and bulletin boards I came across the K-1 stationary kit designed by Maxim Scherbakov. The look reminds me of the late 1970’s and early 1980’s “Memphis School” led by Etore Sottsass. According to Scherbakov the K-1 kit is based on Soviet construction toys. I love the retro vibe, and I can almost get behind the copper, but not quite. Sorry bad brass and copper fixtures from my youth have scarred me deeply and I have a hard time embracing the retro warm metal revival going on. None the less this is a beautiful set of desk accessories.

“K-1 means “Konstruktor-1″. The name was inspired by Soviet construction toys. K-1 is a construction set for a stationery and also It has modular system with a wide range of variations. Every kit part has it’s own unique function and colaborate with each other. For instance a little casket box could transform into phone stand. All kit parts are fitting together, so anyone can build their own stationary system and than modify and playing with it. The main basis element is a pencil case and other elements are adjusted to it. All set made of maple, white marble and copper.” 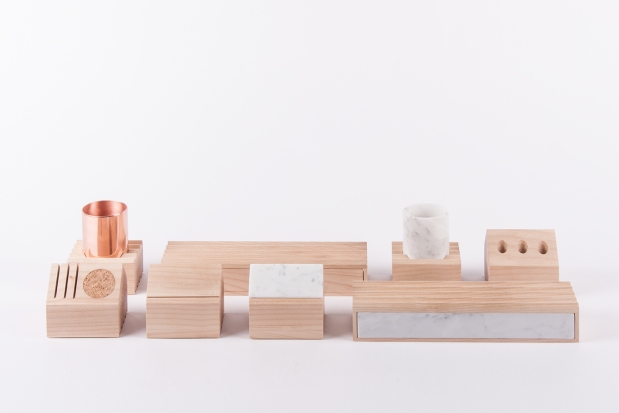 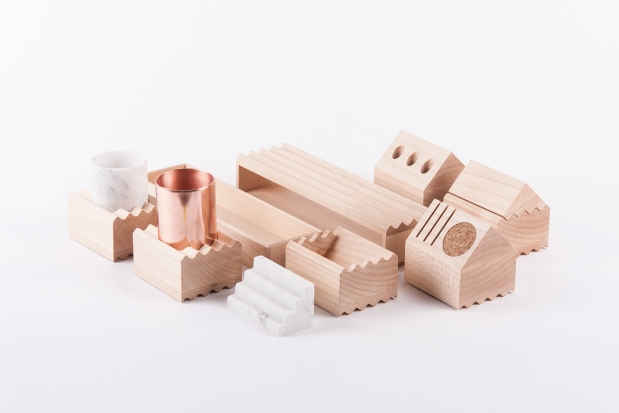 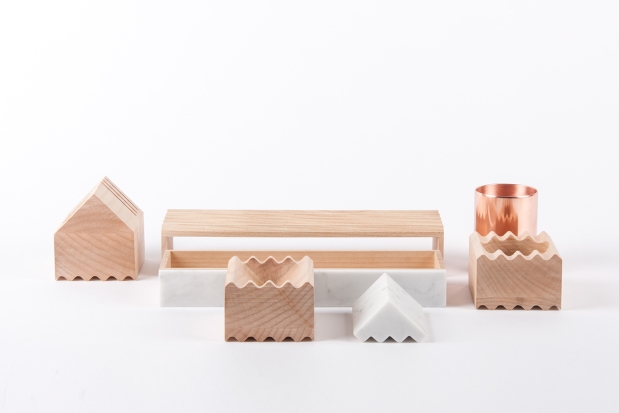 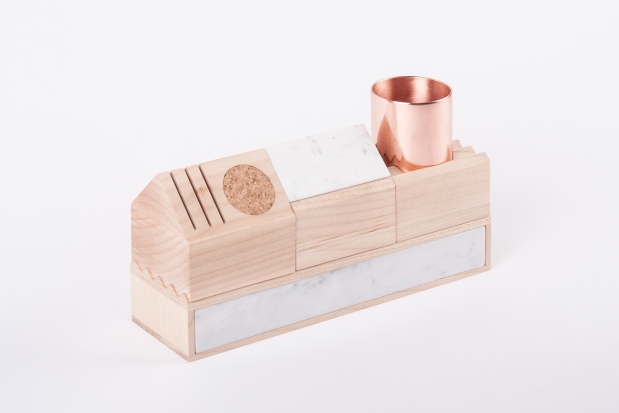 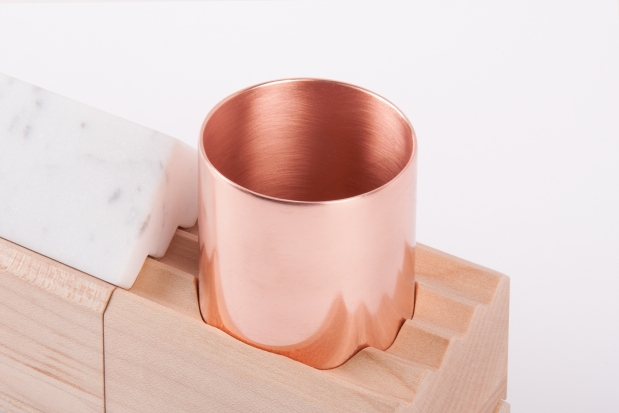 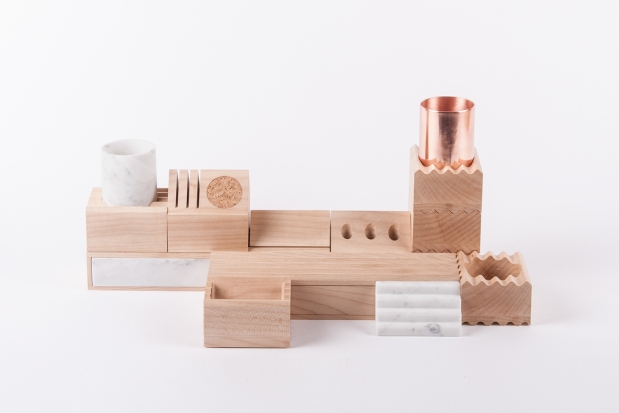 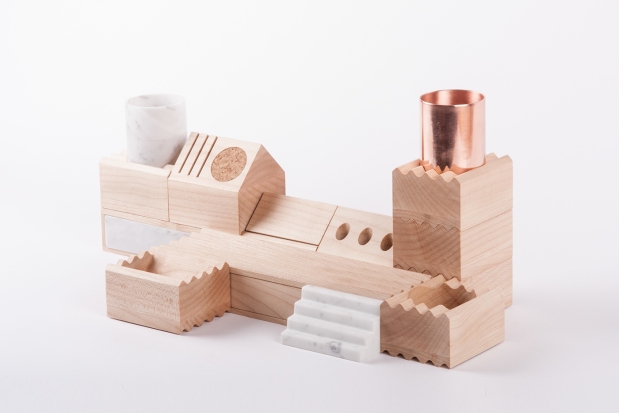 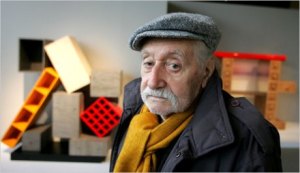 Etore Sottsass was educated at the Politecnico di Torino in Turin and graduated in 1939 with a degree in architecture. Best known as the founder of the early 1980s Memphis collective, he also designed iconic electronic products for Olivetti, as well as beautiful glass and ceramic work. One of his true classics the Olivetti Valentine typewriter, designed in 1968 and released for production in February 1969. The Olivetti Valentine is one of the most highly prized modern design collectibles of the century.

As an industrial designer, Etore Sottsass clients included Fiorucci, Esprit, the Italian furniture company Poltronova, Knoll International, and Alessi. As an architect, he designed the Mayer-Schwarz Gallery on Rodeo Drive in Beverly Hills, with its dramatic doorway made of irregular folds and jagged angles, and the home of David M. Kelley, designer of Apple’s first computer mouse, in Woodside, California. In the mid 1990’s he designed the sculpture garden and entry gates of the W. Keith and Janet Kellogg Gallery at the campus of Cal-state Polytechnic in Pomona. He collaborated with well-known figures in the architecture and design field, including Aldo Cibic, James Irvine, Matteo Thun.

Etore Sottsass had a vast body of work including; furniture, jewellery, ceramics, glass, silver, lighting, electronics design and buildings all of which inspired countless generations of architects and designers. In 2006 the Los Angeles County Museum of Art held the first major museum retrospective exhibition of his work in the United States. “A retrospective exhibition, Ettore Sottsass: Work in Progress”, was held at the Design Museum in London in 2007.

Below the images is a wonderful write-up from the design museum about his life and career. 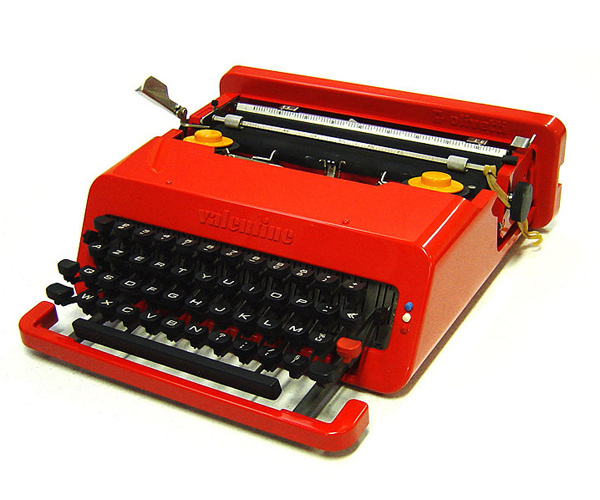 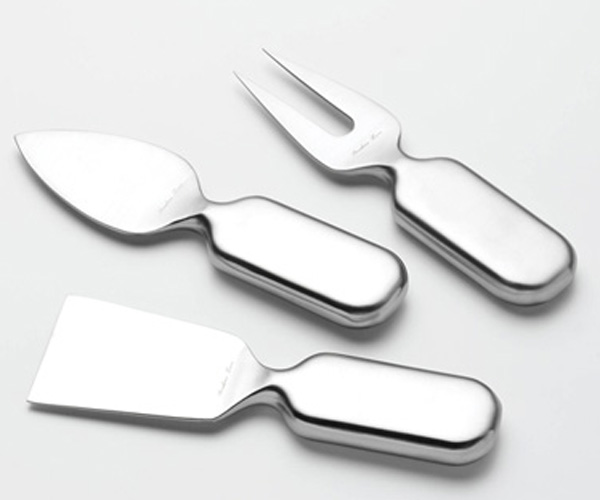 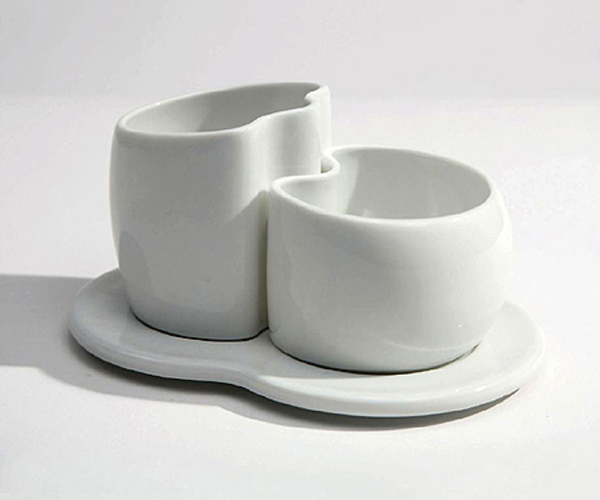 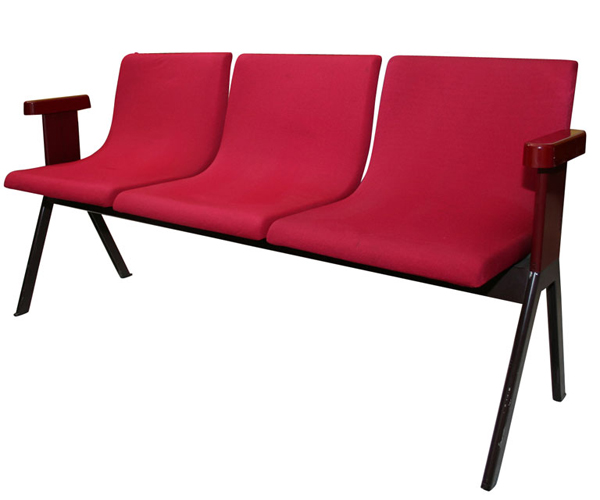 Obituary of Ettore Sottsass by Deyan Sudjic, Director of the Design Museum in the Guardian January 2 2008

ETTORE SOTTSASS (1917-2007) was a grandee of late 20th century Italian design. Best known as the founder of the early 1980s Memphis collective, he also designed iconic electronic products for Olivetti, as well as beautiful glass and ceramics.

Wherever he went, Ettore Sottsass carried a camera to photograph anything that caught his eye. Doors, temples, kitchens, billboards: nothing escaped him. This was a man who took 1,780 photographs on a twelve day trip to South America, who toyed with publishing a book consisting of pictures of walls and for years photographed every hotel room in which he had slept with a woman.

Once in Marseille, Sottsass was snapping at a barber’s shop sign when he was forced to surrender his camera. It was a smuggler’s nookie nest. In Egypt, he was photographing a rotting window when the police pounced. The window belonged to a police station. “Most normal people (not just policemen) don’t like to face the reality that all things eventually decay,” he wrote later. “I believe that the future only begins when the past has been completely dismantled, its logic reduced to dust and nostalgia is all that remains.”

Ettore Sottsass devoted his life and work to dismantling the past in his various roles as artist, architect, industrial designer, glass maker, publisher, theoretician and ceramicist. The past to him was the rationalist doctrine of his father, Ettore Sottsass Sr., a prominent Italian architect. Fond though he was of his parents, Ettore Jr. favoured a different approach. “When I was young, all we ever heard about was functionalism, functionalism, functionalism,” he once said. “It’s not enough. Design should also be sensual and exciting.”

Born in Innsbruck in his mother’s native Austria in 1917, Ettore Jr. was marked out as an architect from an early age. His parents moved to Turin in 1929 because it boasted the best architecture faculty in Italy and Ettore Sr. wanted his son to study there. Although he also loved painting, Ettore Jr. acquiesced to his father’s wishes and gained an architecture degree in 1939.

No sooner had he graduated than he was called up into the Italian army only to spend most of World War II in a Yugoslavian concentration camp. “There was nothing courageous or enjoyable about the ridiculous war I fought in,” Sottsass wrote. “I learned nothing from it. It was a complete waste of time.”

After the war, he worked on housing projects with his father before moving to Milan in 1946 to curate a craft exhibition at the Triennale. For the next decade, Sottsass continued to curate as well as pursuing his passion for painting, writing for Domus, the art and architectural magazine, designing stage sets and founding a practice as an architect and industrial designer.

In 1956, Sottsass and his first wife, Fernanda Pivano, travelled to New York. “It really did look like (Fritz Lang’s 1926 film) Metropolis: everybody rushing around, noone caring a hoot,” he recalled. “It was incredible, in fact, I changed inside out.” He was commissioned to create a line of ceramics during this visit, but was also inspired to concentrate on industrial design, rather than architecture, after spending a month working in the studio of the US designer, George Nelson.

Back in Italy, Sottsass agreed to become a creative consultant to Polotronova, a furniture factory near Florence. In 1958 he accepted a more demanding consultancy role for the newly created electronics division of Olivetti, the Italian industrial group. Sottsass was hired by Adriano Olivetti, the founder, to work alongside his son, Roberto. Together with the engineer, Mario Tchou, they created a series of landmark products which were technically innovative and aesthetically appealing thanks to Sottsass’ love of pop art and Beat culture. They won the prestigious 1959 Compasso d’Oro with the Elea 9003, the first Italian calculator, and revolutionised typewriter design with Olivetti’s first electronic model, the Tekne, in an elegantly angular Sottsass case.

Throughout the 1960s, Sottsass travelled in the US and India while remaining a central figure in the Italian avant garde and designing more landmark products for Olivetti culminating in the bright red, poppy plastic 1970 Valentine typewriter which he described as “a biro among typewriters”. Although Sottsass later dismissed the Valentine as “too obvious, a bit like a girl wearing a very short skirt and too much make-up, it is still seen as an iconic ‘pop’ product. His furniture was equally influential: notably the mid-1960s “superbox” closets in stripey plastic laminate developed for Polotronova. In 1972, Sottsass’ mobile, multi-functional fibreglass furniture unit was the toast of the Italy: The New Domestic Landscape exhibition at MoMA, New York.

By the late 1970s, Sottsass was working with Studio Alchymia, a group of avant garde furniture designers including Alessandro Mendini and Andrea Branzi, on an exhibition at the 1978 Milan Furniture Fair. Two years later, Sottsass, then in his 60s, split with Mendini to form a new collective, Memphis, with Branzi and other 20-something collaborators including Michele De Lucchi, George Sowden, Matteo Thun and Nathalie du Pasquier.

Memphis embodied the themes with which Sottsass had been experimenting since his mid-1960s ‘superboxes’: bright colours, kitsch suburban motifs and cheap materials like plastic laminates. But this time they captured the attention of the mass media as well as the design cognoscenti, and Memphis (named after a Bob Dylan song) was billed as the future of design. For the young designers of the era, it was an intellectual lightning rod which liberated them from the dry rationalism they had been taught at college and enabled them to adopt a more fluid, conceptual approach to design. The Memphis collective’s work was exhibited all over the world, until Sottsass quit in early 1985.

He then concentrated on Sottsass Associati, the architecture and design group where he worked with former Memphis members and younger collaborators, including industrial designer James Irvine and architect Johanna Grawunder. Sottsass returned to architecture in 1985 when commissioned to design a chain of shops for Esprit.

He completed a series of private houses – including one in Palo Alto for industrial designer, David Kelley – and public buildings, notably Malpensa 2000 airport near Milan. Sotsass Associati has also worked for Apple, NTT, Philips and Siemens, while Sottsass himself continued with his artisanal projects in glass and ceramics. Revered in Italy as a doyen of late 20th century design, Ettore Sottsass is also cited as a role model by young foreign designers, such as Ronan and Erwan Bouroullec, for the breadth – as well as the quality – of his work.