Last year Gary Judah created a pretty spectacular sculpture of flying Porsche’s for the Goodwood Festival of Speed to celebrate the 50th anniversary of the 911. This year he is back paying tribute to Mercedes and the 80th anniversary of the birth of the “Silver Arrows”. The new sculpture features the 1934 Mercedes-Benz W25 which won it’s first outing at the notorious Nürburgring Nordschleife, with Manfred von Brauchitsch in the pilots seat. The silver arrow is paired with the Mercedes AMG Petronas Formula One F1 W04 which raced in 15 Grands Prix in 2013 by Lewis Hamilton. The sculpture arcs over the building structure at Goodwood suspending the race cars on contrails of whit metal.

Similar to last years work for the festival, yet different and unique in it’s own way, the sculpture is visually outstanding as it pays homage to the speed of racing and forms the arc over the finish line on the track. Just like the 911 work from last year, I hope this becomes a permanent fixture at Goodwood, or finds itself on display at the Mercedes museum in Stuttgart. 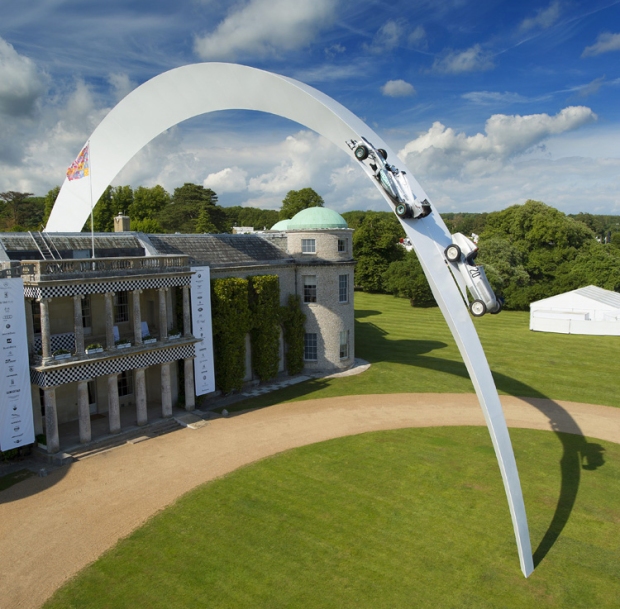 I hope this stays at Goodwood in the UK. I’d love to see it in person some day. Porsche 2013 by artist and designer Gerry Judah is a 22 ton steel and real Porsche sculpture that was commissioned by Porsche UK for the 50th anniversary of the 911 and the Goodwood Festival of Speed. The sculpture features three different models of the Porsche 911: the 1963 Original 911; the 1973 911 Carrera RS 2.7; and the 2013 911. The photos look pretty amazing so I imagine in person this will knock your socks off. Even if you aren’t into motor sports or automobiles you have to admit this is pretty impressive. The white arrows that suspend the cars above the ground look like jet contrails as these classic cars jet off into the sky. 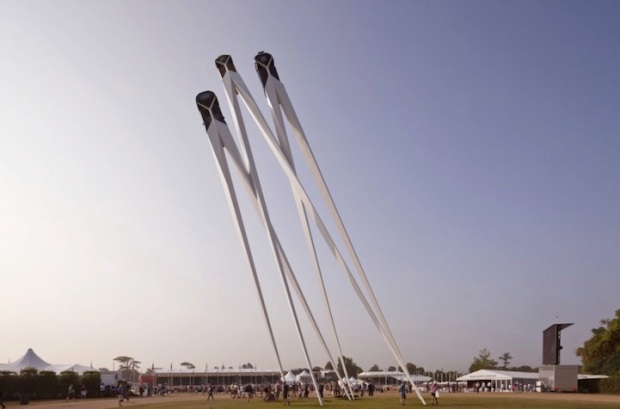 “I had to create a sculpture that personifies the energy and excitement not only of these beautiful cars but also the Festival of Speed. The 911 is a fantastic shape that can’t be deconstructed or embellished, so in this context, the sculpture had to provide the right platform for the car to soar up and shine in the sky.” 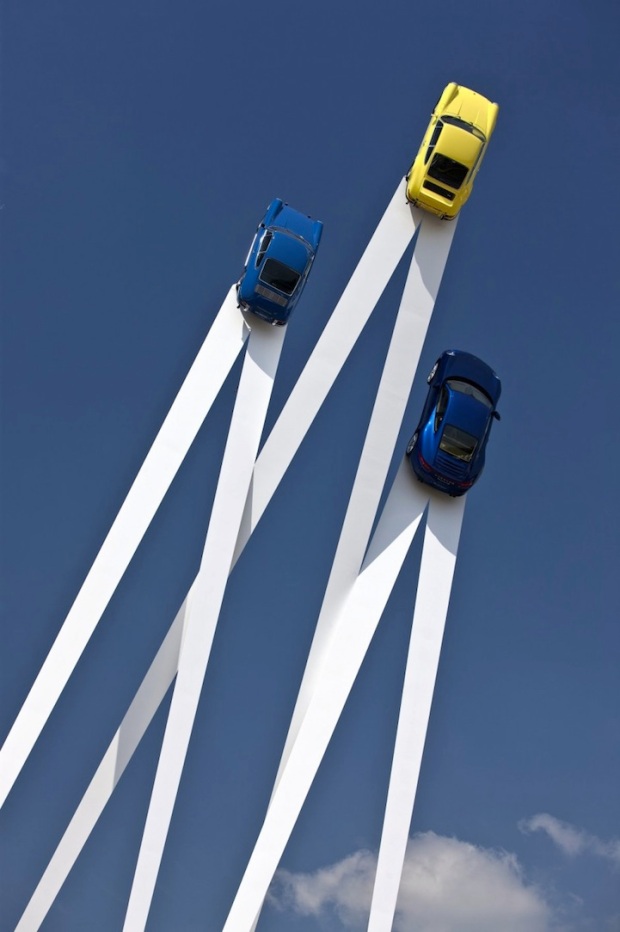 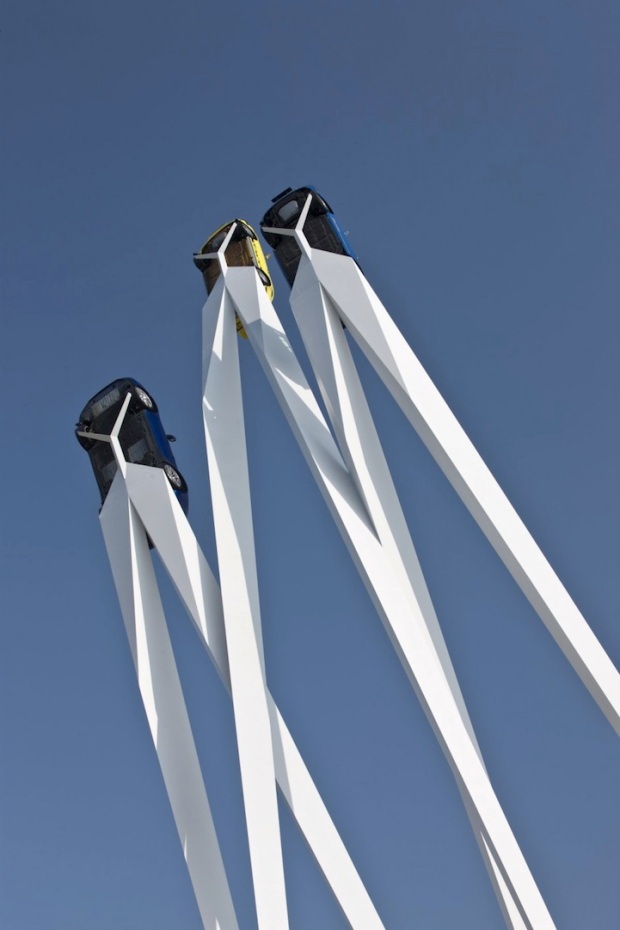 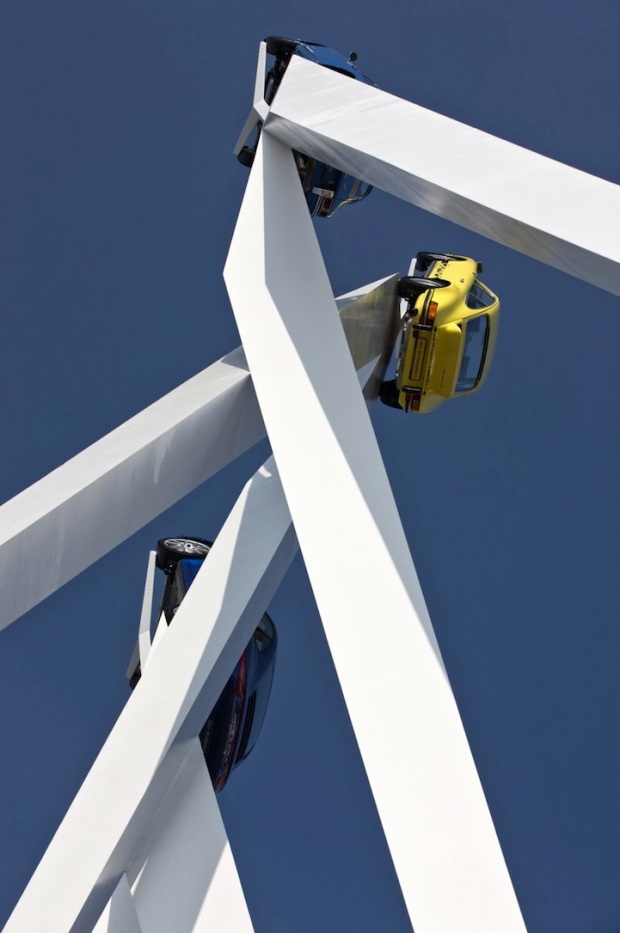 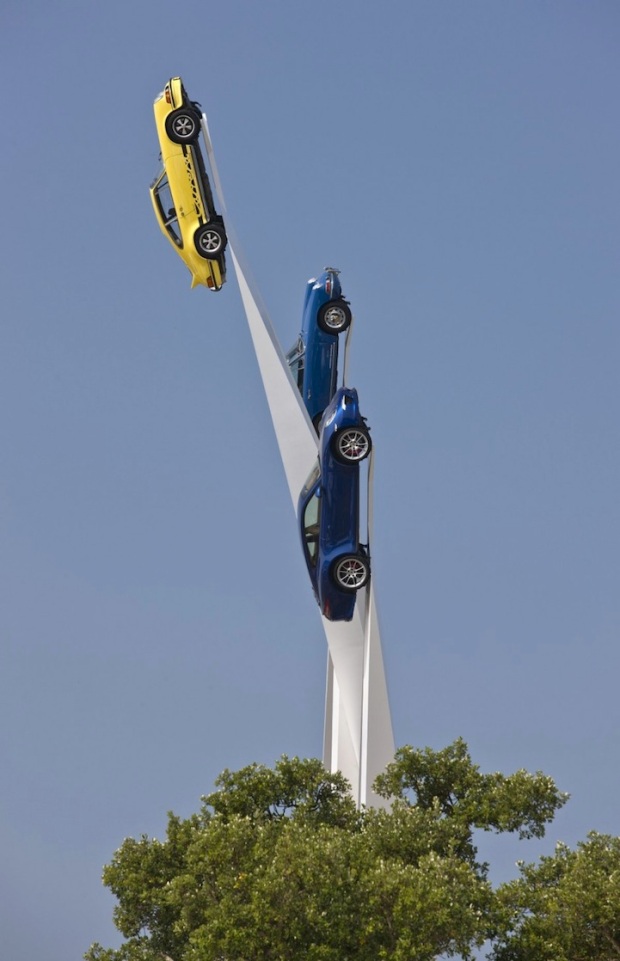