I’m not a huge gamer. I play light games on my iPhone and in the day I have been known to play some first person shooter stuff on my computer. I have no idea what the theme behind “Alan Wake” is for XBox 360, and that’s OK. These ads made me look, and that is what they are supposed to do right? Look, take notice, and retain information with an intent to recall and act on it later.

Toronto based McClaren McCann has created a really nice campaign here for Microsoft promoting the game through unique outdoor solutions as well as matching point of purchase posters. The imagery sells the point of the game without me knowing much about it. One quick look tells me that it’s gonna get intense and scary when the lights go out. My only complaint about the ads is a lack of call to action. There is no web URL on these. I know most gamers are smart enough to Google “Alan Wake”, but you would think McClaren McCann would have put a link to a micro site on these. I’m also curious if there is any hook to social media sites like Facebook and Twitter? It would have been a nice tie in to the rest of the stuff shown here. 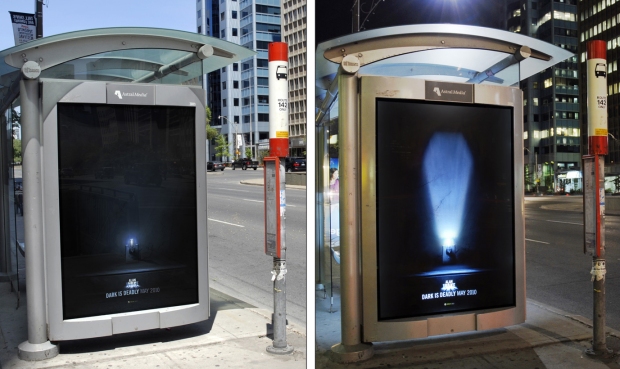 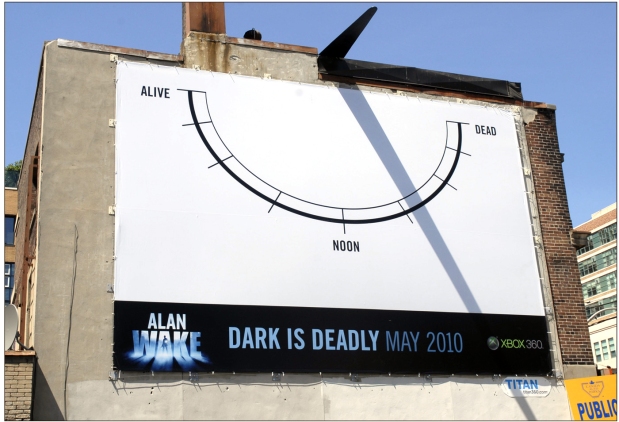