In the state of Kansas you aren’t required by law to wear a helmet when riding a motorcycle. (I think that the state of Kansas should make it mandatory that all motorcycle owners sign the organ donor line on the back of their licenses.)  I know we are talking about a state that in the last decade has chosen to not believe in evolution, is home to that idiot Fred Phelps, and has now discontinued funding for the arts. Thank god I am almost in Missouri.

OK enough of that, the reason I mentioned the helmet thing is because if you are on a motorcycle or a scooter you should put a helmet on your head. If you are fashion conscious and need something that will make you look all retro cool, you might want to try Heritage Helmets from the UK. The Lambretta helmet is Retro styled, with cool graphics, and affordable. The helmets are emblazoned with the Lambretta logo, and as former Lambretta owner, I have to say Heritage has done a great job with the styling on these.

The helmets are a Cafe Racer style shell featuring a classic open-faced design, from the early seventies. They are painted, lacquered and finished in Italy with work being done by Giancarlo Daneo (Project’s owner and designer), to create Heritage’s initial range.

The helmets meet European Road Safety Standards ECE 22/05 and are made to the highest standard. They are manufactured by Project srl, who have been designing, developing and creating  motorcycle helmets for over forty years. 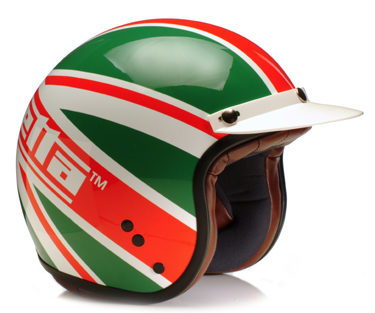 Heritage Helmets feature a shell made from a composite ABS with the inside lined with polystyrene, with a calibrate density for extra protection, safety and comfort. The linings are interchangeable, washable and are covered with a microfiber eco leather finish, which is breathable and absorbent. The buckle/safety chinstrap has a micrometric regulator for easy fitting, and a quick release fastener. Each helmet comes individually boxed and bagged, with an optional detachable peak and a booklet giving advice on safety, maintenance and storage. 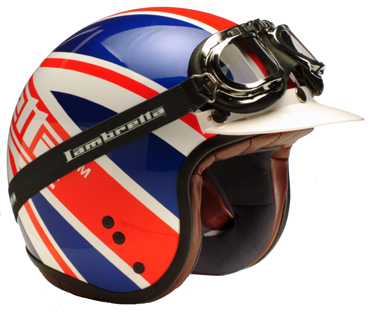 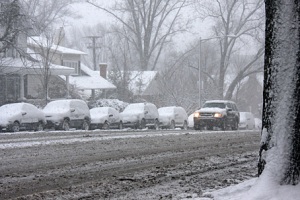 Last night the Kansas City metro area got what was supposed to be its first major snow storm of the season. At my house I think I might have gotten 3 inches total, so it wasn’t that big a deal. What I want to talk about today, is the lack of city services for clearing the snow, and the way people freak out when they have to drive on it. Or maybe I should say how people are just ill prepared and not thinking about how to drive on snow-covered streets, which as far as I concerned shouldn’t be covered at all.

I live at the intersection of 3 counties, 2 states, and 3 cities. My house is in Wyandotte county, less than half a mile from the state line, and less than half a mile from Johnson County Kansas. This morning when I first went out I thought OK the side streets are covered, no big deal they always are but by the time I get to the main roads things will be all cleared off. Well they weren’t. The two and a half mile to work on city streets was a giant frozen slush fest. It looked as though no prep work had been done, and none of the streets had been cleared. By 7:30, enough traffic had rolled over the streets, that the snow pack had turned into the equivalent of an icy slush, with areas by each traffic light frozen into black ice. both Wyandotte and Jackson county roads really looked like they were untouched by our city workers.

Johnson county Kansas on the other hand was perfectly clear. I got a call before I left for work form another driver who said that as soon as she crossed County Line road into Johnson County, the streets were completely clear. They had been scraped free of snow and ice. They were safe and easy to navigate, thanks to an efficient set of city, county, and state employees that worked through the night to make sure that the morning commute would be safe.

So I want to know what gives. I live in the county with the highest property taxes in the state. The county where the unified government is not operating in a deficit. Are you telling me that Kansas City Kansas, can’t clear the major streets in their city? 7th street, or Rainbow as it is named South of I-35 was pure soup. This is the main road that runs from downtown KCK to Shawnee Mission Parkway. South West Boulevard, another main thoroughfare was in the same state. As I drove in I kept thinking by the time I get across 39th street to Main, or Southwest Trafficway, those streets will have been scraped, but hell no. They were awful, and this isn’t even a major storm we had. Southwest Trafficway was so bad by Pen Valley college people were stuck spinning tires in both the center and right lanes causing a back up that for lack of a better term snowballed into   more cars getting stuck. Linwood, and Gilham were no better. The streets just sucked in the Kansas City area. I know I should be used to it by now. KC streets always suck when it comes to getting them cleared and safe to drive, but it just seems to me that it gets worse every year. This leads to the second half of this post.

OK just because you bought a 4 wheel drive truck or SUV doesn’t mean you A: know how to drive in the snow, and B: are any good at it. I saw so many idiots driving like the snow was no big deal. Spinning 4 tires instead of 2, weaving in and out of slow-moving traffic, with no regard for the safety of others on the road. Kansas City drivers in general are some of the worst I have ever experienced in the United States, but if you add a pinch of snow and some I kick ass cause I have 4 wheel drive to the mix it is a recipe for disaster. My favorite drive this morning was the guy in his all wheel drive Audi tailgating everyone on Southwest Trafficway weaving through traffic like he was the center of the universe and we his roadblocks to whatever was so important. Just before the 31th street intersection, he swung from the center lane to the left lane behind some guy in a huge Expedition. Giant SUV stopped short for the timid driver in front of him, and wham Audi kissed the Expeditions back bumper with its grill and hood. I’m sorry the guy deserved it. My second favorite experience was the guy in the delivery truck for “India Palace” backing down the street into oncoming traffic because he didn’t have snow tires and couldn’t make it up the slight hill from 39th street. He was forcing other drivers to get out of his way, as he backed down the road. He had a 4 wheel drive truck, but like said earlier, if you don’t know how to use it then you are no better than the rest of the people on the road.

So what is the point of all of this? I’m not sure. I’m probably just letting off some steam, after what should have been an easier drive to work this morning.