Here we are, one step closer to artificial intelligence that actually has potential. BabyX was introduced to the public at the TEDx conference at TEDxAuckland. The project is the creation of New Zealander Mark Sagar, and from what I have seen in the video below it sounds pretty impressive. BabyX is able to interact and react to the world around it. BabyX also has the ability to learn, store, retrieve and modify learned information over time which allows it to mimic the actions and interactions of a real life baby. The fiber optics, and readouts look impressive, but the real exciting part of this, is what BabyX is, and what this system will become.

This is one of those design/technology/promotional combinations that I love. As an extension to the Beck’s Record Label project, the brewer has created a beer bottle that is a record. Based on Thomas Edison’s cylinder recordings from the late 1800’s, Beck’s overcame technical and design challenges to bring this to life.

The bottle was in scribed with a track from the Auckland New Zealand band Ghost Wave. The band’s new single was inscribed into the surface of a Beck’s beer bottle which could then be played on a specially built device based on Thomas Edison’s original cylindrical phonograph.

The project was conceived and produced by Shine Limited. The video below shows how Shine overcame challenges to make this work, and the final result. Nice innovation drawn from 125 year old technology.

At a period in time when the average size of an American home is right around 3000 square feet, it’s nice to see other parts of the world still think modest. Or at least some architects still think modest. I’ve never understood the need for a massive house with tons of unneeded, unused, space. Modular 4 was just under 1500 square feet. My current loft is a mere 1000. That is one of the reasons I really like this modular glass home in New Zealand by Architect Chris Tate. 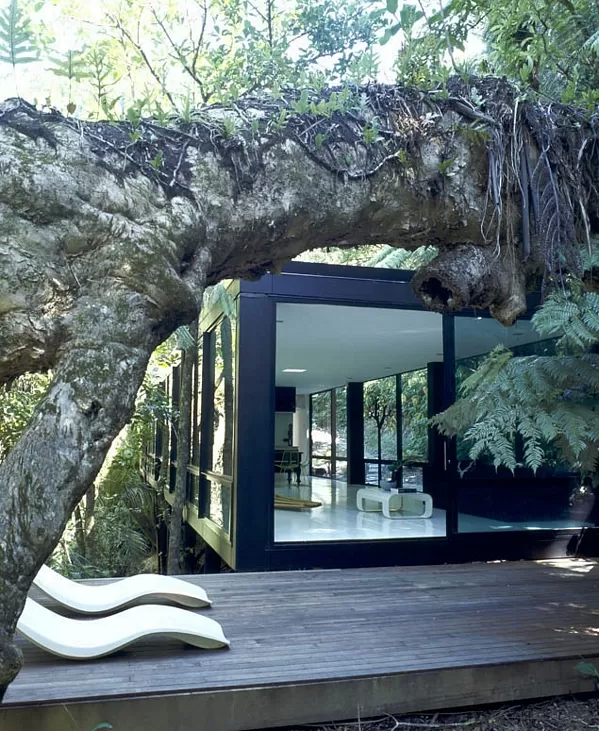 This house is not large. If you look at the photos and the schematic, I would say this space is between 1200 and 1500 square feet at most. The house feels huge though, thanks to the copious amounts of glazing that literally blend the dwelling into the surrounding forest. The interior and exterior spaces fold together where the structure is perched in the branches of the densely forested hills of Auckland’s suburb of Titirangi. 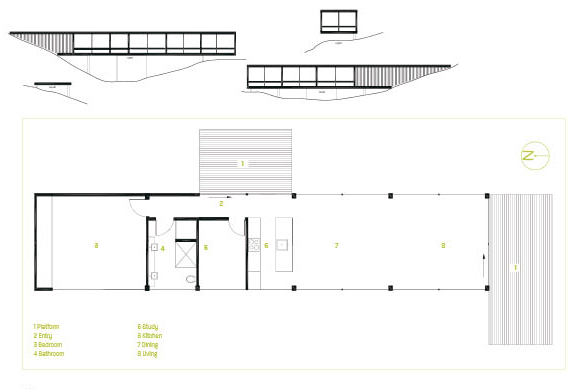 I like the small footprint of the home, but I love the clean minimal lines. The limited color pallet, and the fact that the structure forces the occupant to live with less. From every angle of the interior, you are surrounded by dense green foliage. The forest becomes an ever changing backdrop. Even the bedroom which is isolated at the opposite end of the main living area offers a panoramic view of the world outside. This is definitely a place that I could call home.

This is a great montage by New Zealand Designer + Animator Lucas Redfern Brooking. This montage is from the “Treat Me” campaign that he completed within a three week production schedule, which is not an easy thing to do. The result is spot on though. Hat tip to you Mr. Brooking.