Every year I take a five-day trip to Estes park Colorado to hang out with a couple of friends and just relax. The trip consists of staying at my friend’s house (Aspen Grove), hiking in the woods, taking photos, drinking beer, and eating too much red meat over the five days.

The trip is in some ways creative renewal, but mostly it’s just letting everything go, and focusing on having fun and trying to get a few good images while we are out hiking around Rocky Mountain National Park. This year the three of us changed things up a bit and hit the park the first week of October instead of mid-May, and we still got snowed on. The weather wasn’t exactly cooperative, with almost the entire 5 days filled with off and on rain, snow hail, and overcast. It’s all good though. You make do with what you have and just keep shooting.

This is a baker’s dozen of images shot on my Olympus OMD EM1. Not all of the photos were taken in Colorado, and few were taken at Monument Rocks in Western Kansas about 20 miles from Oakley. And yes, every single image has had some form of post processing done to it, The original images were all shot in RAW format and processed in Lightroom and Photoshop using a number of tools and techniques. That is part of the fun. 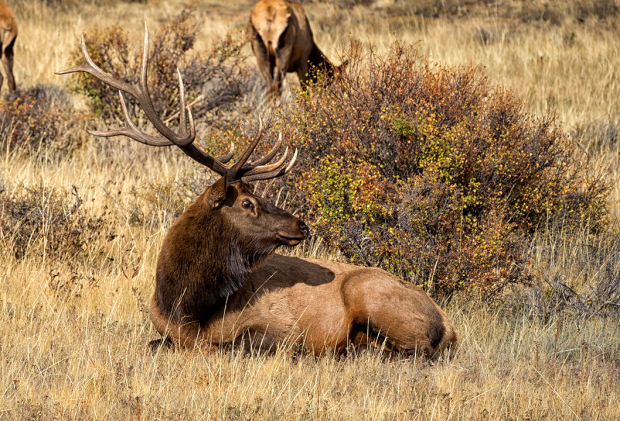 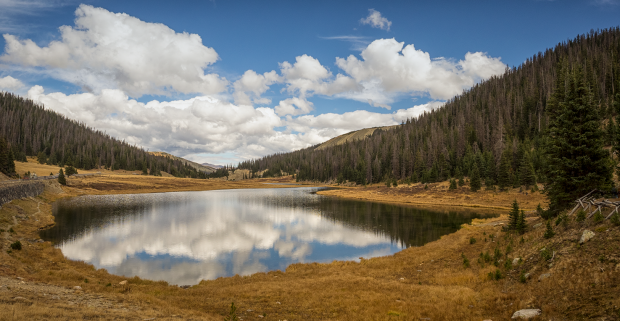 Three years ago when my house was broken into, all of my DSLR gear was stolen. The only gear I had left was my Olympus EP2, and 4/3 lenses for it. At the time I decided to not replace my DSLR, and go exclusively with the Micro 4/3 mirrorless format for both still and video work. One of the biggest challenges has been finding high quality lenses designed specifically for shooting video on a Micro 4/3 camera like the Panasonic GH4 or Olympus OMD. The ones that exist are either cost prohibitive to own, or require an adapter to work with my camera bodies. That is why I got all excited about this new KickStarter project from Veydra.

Then there is the price. At $3200.00 for the entire set, this is a bit of a steal. Especially if the quality of the lenses is good as Veydra claims on their KickStarter page. I hope these guys make their goal, because this looks really exciting for the film making community, especially those of us working with small budgets.

In a selfie obsessed world where even the spirit of Narcissus is tired of seeing people pop photos of themselves , Olympus has announced the EPL-7 camera with all the selfie shooters in mind. The tech spec on the camera are all over the internet, and as a camera goes, this looks like a pretty solid micro 4/3 system. What is cracking me up though is the marketing materials on YouTube that they have created. Maybe it’s my age, maybe it’s just me being grumpy, but these videos make me say “Get a life. Get some friends and take pictures of them instead of narcissistic yourself. It makes for far more interesting images.” Watching this woman snap shots of her own mug, by herself, while making kissy faces at the camera, just makes me want to laugh. The thing is though, this angle might actually work, with those people that are selfie obsessed and want more than what their smartphone has to offer. For the complete EPL7 selfie channel, click here.

Today was the eighth annual Art of the Car Concourse at the Kansas City Art Institute. With each new year, the quality of the cars being shown increases, and so do the crowds. Both things are good, since the ticket money goes to a scholarship fund, and everyone gets to see a diverse and interesting group of automobiles. The challenge however for those of us taking photos, is how to get rid of the oblivious passerby that walk through your shot.

The image above shows both the solution and the problem in action. That ghosted blur is the legs of a man that stood directly in front of my camera as I took the shot. He’s a ghost because the exposure was five seconds long. The photo isn’t ruined, but it isn’t right either. Thankfully by using a heavy neutral density filter, long exposure, and low ISO settings on the OMD, I was able to experiment with a new process and pretty much eliminate the walking masses from some of my shots.

I didn’t want to drop a ton of cash on a piece of gear for a process I’d never tried before, so I picked up an in expensive variable ND filter for 35 bucks at a local camera store. The filter when set to its maximum allowed me to expose for up to five seconds at ISO 200 or lower. Now I wish I had gotten an even heavier ND filter so I could have opened the aperture up and blurred the background out. Because it was 9:30 AM the sun was bright enough that I had to stop down to f16-22 in most of the shots at this exposure length. Lesson for next year.

All the images below were taken on my OMD EM-5 with the Zuiko 12 to 40mm f2.8 lens. ISO was either 200, or Low ISO. Exposure times ranged from 2 to 5 seconds depending on light, and how many people were walking through the shot. Minor post processing was done to the JPEG’s on my iPad in SnapSeed. Raw images will get uploaded later.