Well, it’s Fourth of July weekend here in America and that means people are blowing up their hard earned money with fireworks. I like fireworks, well the professional ones that is. Don’t get me wrong if you want to blow shit up in your backyard to show the world how patriotic you are that’s fine. I’m not going to stop you. I just prefer to spend my money on things that aren’t going to go up in smoke, or run the risk of causing me pain and possible dismemberment. So you can celebrate the nation’s birthday with fireworks, or you can feast your eyes on pin-up girls sporting the red white and blue and in some cases holding fireworks. Frankly, I think I prefer looking at leggy gals sporting an outfit made from old glory and holding explosives. So here we have movie stars, models, and illustrations of just that. By the way, 1960’s bombshell Raquel Welch, and 1940’s Broadway star Anne Miller seem to have been very popular icons for the 4th. 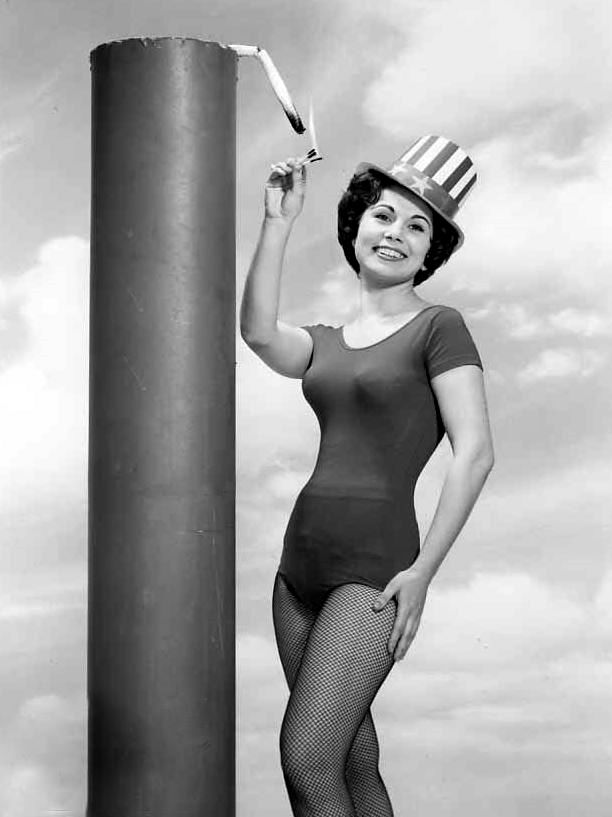 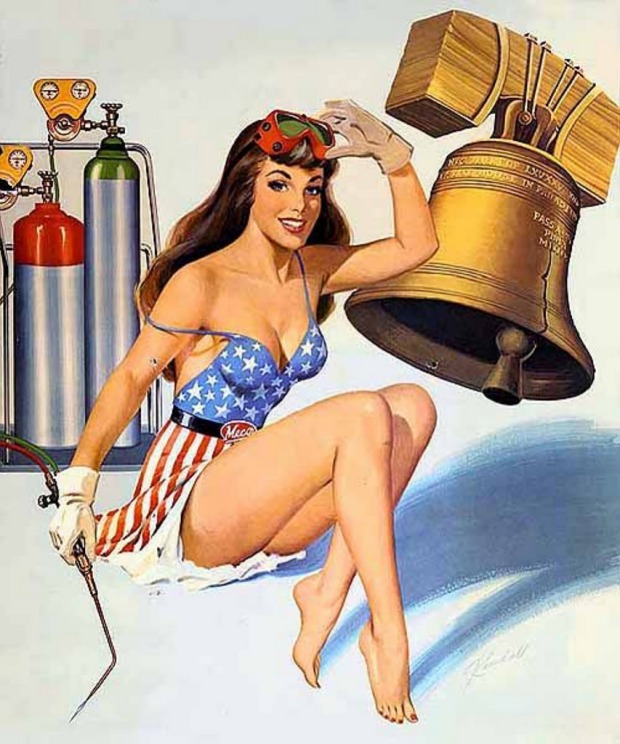 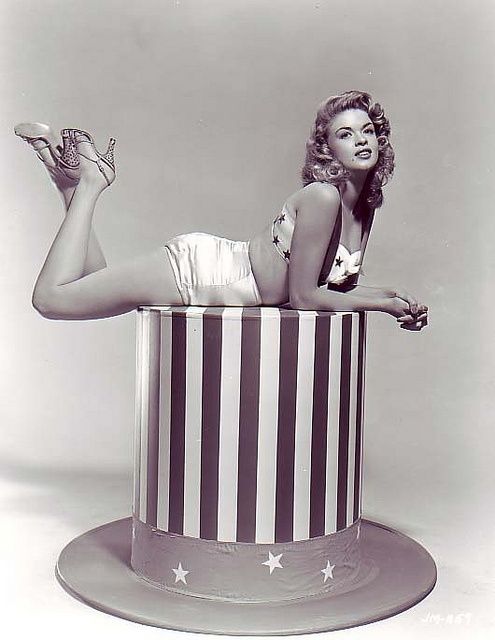 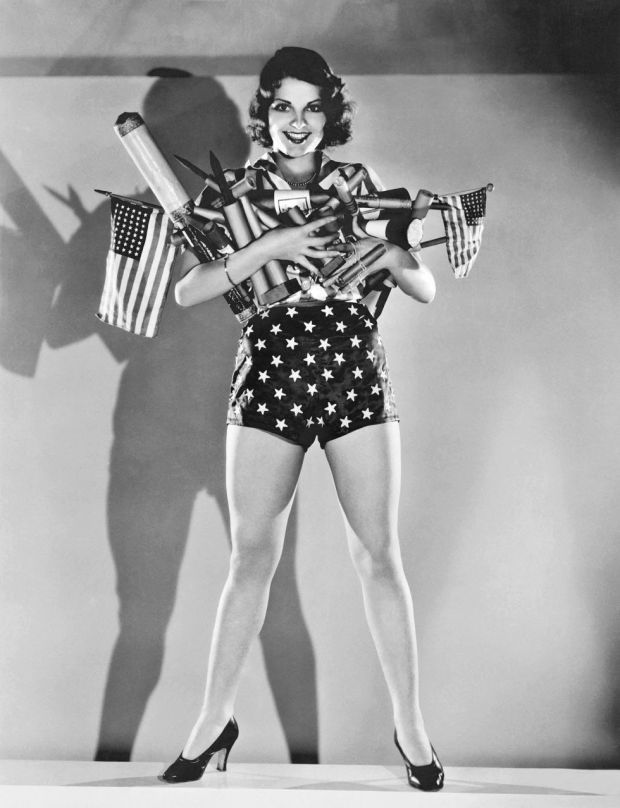 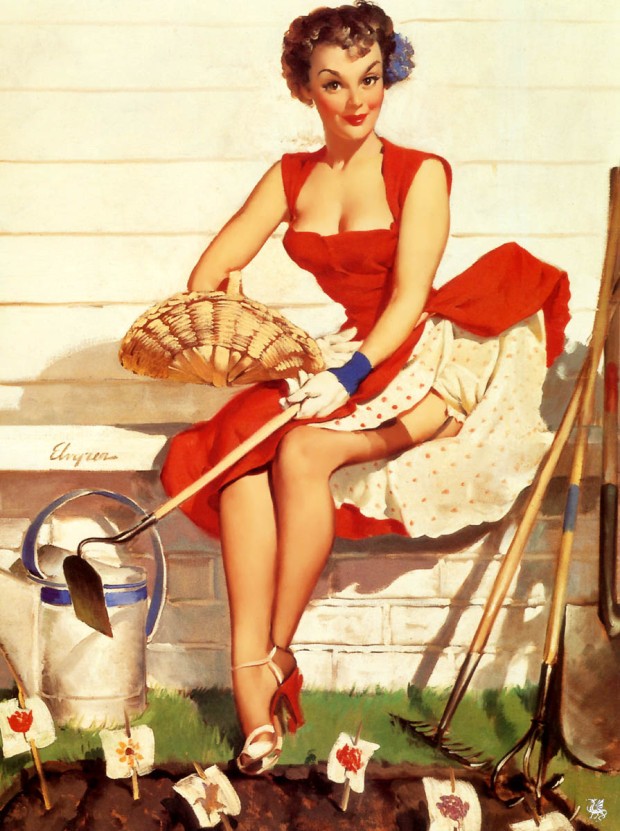 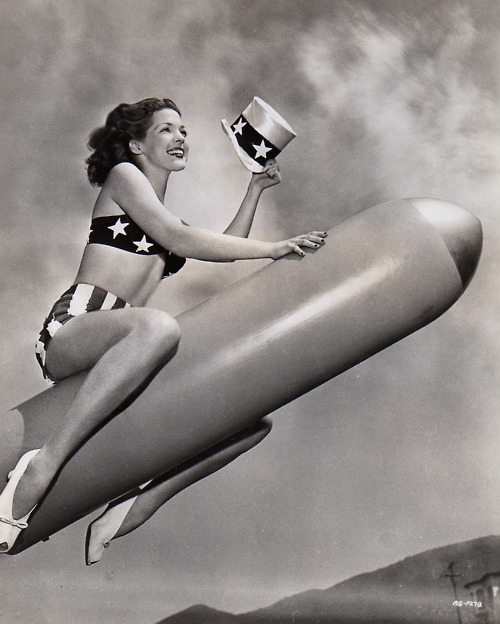 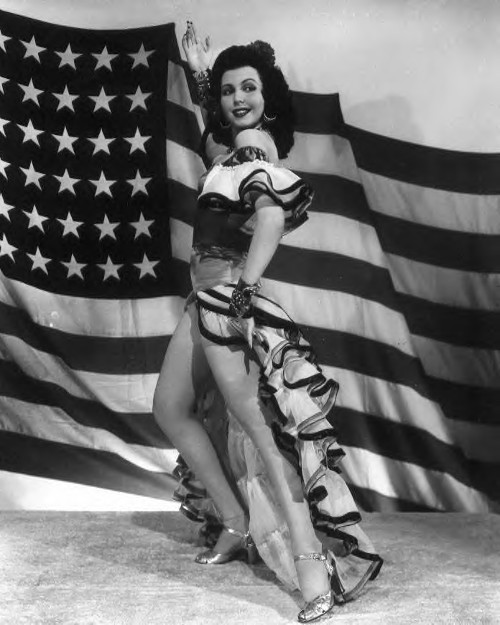 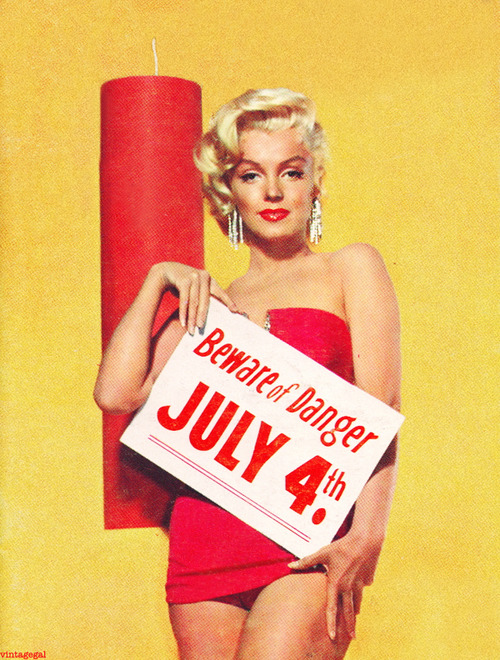 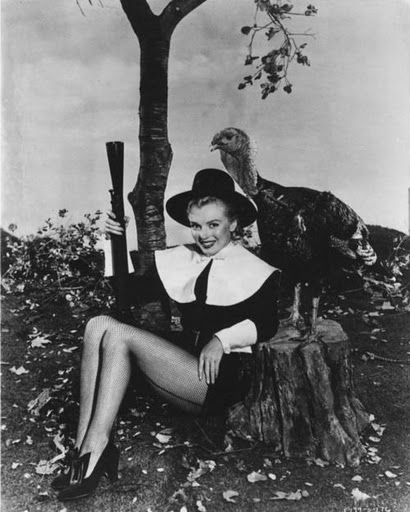 Advertising and selling tires is not something that usually gets associated with terms like “High Fashion”, or “Sexy”. That isn’t to say that automotive parts manufacturers haven’t used scantily clad women to sell their wares for the last 100 or so years. The reality is they always have. Doing it righ however is another thing entirely.

For the last 50 years Pirelli, has distributed an iconic calendar that they call an “Icon of Pirelli’s communication”. Since 1964 the calendar has featured portraits of models and actresses shot by the worlds best photographers. Like most automotive parts calendars, the women are wearing little or nothing at all. The difference is, the Italian company has elevated the pinup calendar to a higher level with beautiful, artistic imagery.

To celebrate The Pirelli calendar’s 50th anniversary, Pirelli pulled photos from its archive that were shot by the late Helmut Newton for the 1986 edition. The images that Newton shot in 1986 were never released. In 1986 Pirelli chose instead to use photographs from Bert Stern Instead, when Newton fell behind schedule and there was fear that he wouldn’t finish in time.

The videos below feature the promotional spot for the 2014 calendar featuring Helmut Newton’s shots. It is a wonderful black and white tribute to the photographer and the female form. The second video is a behind the scenes series of interviews with photographers and models that have worked on the calendar since it’s first release in 1964.

There are quite a few sections that feature exposed sexy lady lady parts, so if you are offended by nudity, or are in a public place you might want to wait to watch these.