If you happen to be in North Carolina any time between October 12, 2013–January 20, 2014, you might wan to take some time and go to Porsche by Design: Seducing Speed at the North Carolina Museum of Art. 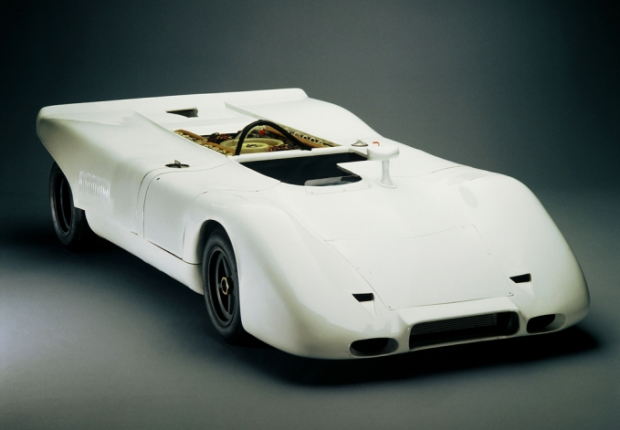 The exhibit will feature more than 20 Porsche automobiles from the collections of or owned by Ralph Lauren, Steve McQueen, and Janis Joplin. In addition they are displaying a one-of-a-kind Panamericana concept, and the 1989 16 cylinder 917 Spyder Prototype; which like the Panamericana is on loan fromt he Porsche museum in Stuttgart, Germany.

Porsche over the last couple of decades, has managed to develop their design division into an industrial design powerhouse producing everything from eyeglasses, to pens, to highrise condos. That’s right highrise condominiums. What I am talking about here is a new building that is going up in Sunny Isles Beach Florida.

What really caught my eye was the car elevator that is being installed in the 57 million dollar building. The elevator is similar to the one at the Volkswagen flagship building in Germany, and like that elevator, this one will transport cars all the way to the top of the structure. Unlike the VW one, this elevator is designed to carry the car and its occupants directly to their condo. This seems so cool, and so unnerving at the same time.

This is Volkswagens 20 story parking garage in Germany. The Porsche condos will be similar.

The $560 million tower is part of a collaboration between Germany-based Porsche Design Group and a Florida developer, Gil Dezer. It will be the world’s first condominium complex with elevators that will take residents directly to their units while they are sitting in their cars.

Here’s how it works. The resident pulls in and switches off their engine, a robotic arm that is sort of like an automatic plank will extend and load the car into the elevator.The elevator lifts car and passengers to the designated floor, and condo location. Then the same robotic arm will park the car, leaving the resident nearly in front of their front door. The glass elevators will give residents and their guests unparalleled views of the city or of the ocean during their high-speed ride, which lasts 45 to 90 seconds depending on the floor your condo is on.

The 57 story building site will occupy 2.2 acres of land, and house 132 units ranging from 3,800 to 9,500 square feet. The smaller units will get two parking spaces, larger ones up to four. The cost of the units run from 4 to 9 million depending on size.

“What this is really doing is taking two technologies that have existed for centuries and putting them together,”  “It’s taking the robotic arm and it’s putting it in an elevator.” Gil Dezer, president of Dezer Properties.

“You don’t have to leave your car until you are in front of your apartment,” Juergen Gessler, CEO of Porsche Design Group.

Anyone that knows me, knows I am not a winter guy. I don’t like snow, and I don’t like being cold or wet. One thing that could change my mind and make me get out on a cold winter day would be this sled from Porsche.

This stunning designed bobsleigh from team Porsche is all about nibbling carving your way down a snow-covered hill with the agility and ease of a 2011 Boxster Spider. The sleigh weighs in at approximately 4 kilograms, it features a very low center of gravity to aid in steering and improved stability. Not only can it be used as a sleigh, but for the more adventurous it can also be used as a skeleton.

It’ll set you back about $265.00, but you’ll be the only kid on suicide hill driving a Porsche to the bottom.

If you want to upgrade to the Carerra S version of sledding you can upgrade to the Aluminum Sledge, for about 100 bucks more. The Sledge is an all aluminum design with one thing in mind. Go very fast down the hill while screaming “Eat my snowflakes!” to everyone you pass along the way.