While I was looking for some images of handmade Japanese papers, I came across this series of postcards from MIT’s Visualizing Cultures collections. The subject matter deals with the Russo-Japanese War from 1904 to 1905, but that isn’t what caught my eye. What I love is the imagery, and the way the cards are printed. Bright, colorful, and in many cases abstracted images, that while visualizing the romanticized view of war which was common before WWI, are really quite beautiful. One of my favorites features ships at sea with harbor mines floating beneath them. The mines look like alien cow utters floating in a sea of pink and blue. Another is a water-color wash of a ship’s mast emerging from a slash of red. The ship flies the flag of surrender, but if you had to historical reference to the Russo-Japanese War, the image could be taken entirely differently.

It’s interesting in the fact that these postcards were specifically propaganda for the Japanese people, and the Japanese victory over the Russians. The postcards themselves were distributed and collected on a global level due to international postal conventions and the low expense of printing and mailing them. In addition, not only did Japan produce postcards but the Europeans, americans, and Russians did as well. Because of this, we have a visual reference to the modern war as seen from a multi-national perspective.

“We can literally “see,” through thousands of fixed-format images (postcards have remained the same size to the present day), what people throughout the world were being offered as a mirror to the war and all that it portended.” -John W. Dower, MIT’s Visualizing Cultures 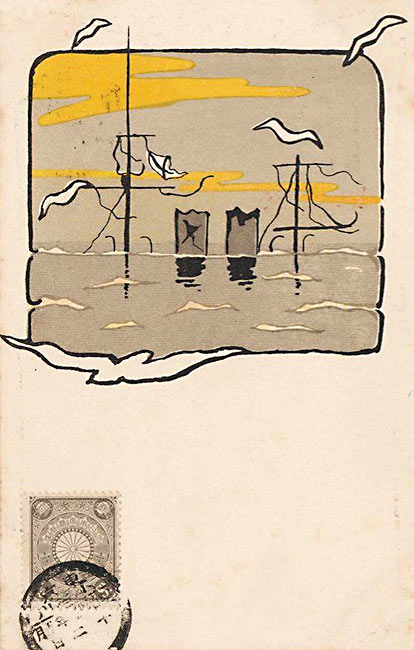 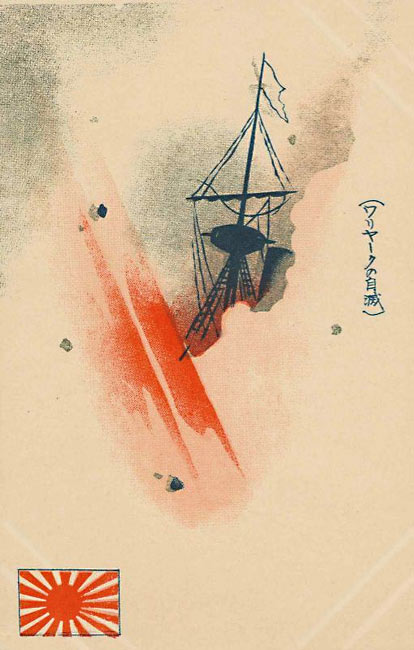 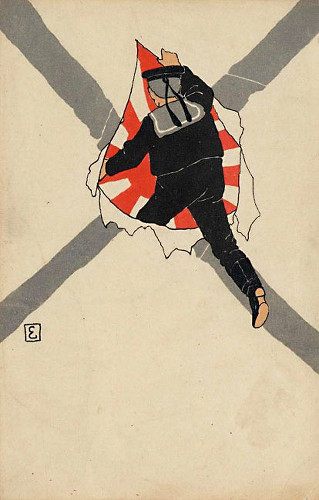 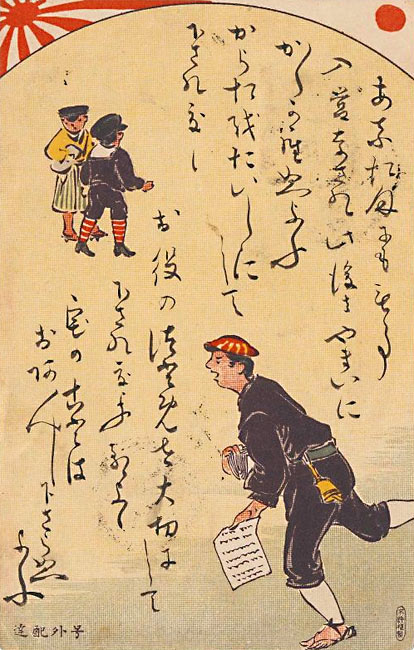 Designer Edgar Olivas, has created a series of amazing postcards celebrating the “Day of the Dead” holiday, and this series of images led me to his online portfolio, which made me look, which made me say, “Design Friday Post Material”.

The Day of The Dead Holiday, might be one of the more important holiday traditions in Mexico. It is a holiday that is filled with symbolism that appears in many forms.

Presented with sugar skulls colorfully decorated, skeletons with wide and feathered hats in cut paper, dancing clay skeletons, entire dioramas made up of hundreds of skeleton figures, this comprises a small glimpse into the unique conception of death; the happy death, the silly one, the funny one, the inevitable. For over 400 years the dresses of the Mexican death have not changed that much, so, Edgar Olivas postcards give “death” a fresh new look that updates the traditional with a fresh new feel.

Edgar Olivas created six different characters each of which represents one of the six underworld gods and goddesses. Mictlantecuhtli and Mictecacíhuatl lord and lady of the darkness and the underworld. Chalmecacíhuatl, the sacrificer; Nexocho, the joker; Micapetlacalli, the dead’s box and Nextepehua, the scatterer of ashes.

Olivas says, “The grin. In all these characters the grin is related to Mictlantecuhtli’s mocking smile. Some anthropologist say that this enigmatic gesture, depicted in one sculpture, seems to smile or mock ironically of those who face or will face him one day.”

The style of the postcards and posters are represented in a style called “Didoque”. which emulates baroque ornamentation created from letter forms and glyphs of Didot typography. The works are colorful and alive, filled with so much visual energy. This series represents a small portion of Edgar Olivas work. To get a better feel for this designers gift check out his full portfolio here.