Eindhoven-based artist Daan Spanjers has created a new way of telling time that is more of a reflection on how light changes, rather than the accuracy chronology. This series reflects on how time and light intersect through out the course of the day.

His series of clocks, “Atmosphere” try to emulate the unpredictability of colors that appear and disappear throughout the course of the day. Spanjers is trying to single out different moments of atmospheric compositions and is attempting to collect those color combinations over time.

“By framing spectrums of colors these clocks speak of the transitional qualities of color and time.”

Spanjers looks at things like juxaposition, dust, water, geolocation and perspective to help determine specific hues, looking at everything from early-morning horizons to total darkness at midnight.

Atmosphere is the first in a series of time piece color compositions, from Spanjers that captures time, light, and atmosphere in circular-form.

Daylight savings time is one of those things that I have never really objected to. I like that the day seems even longer in the summer, it gives me great pleasure to think back about when I was a child and would stay out as long as I could, then be amazed that I was able to play outside until 9:30 and still have some sort of daylight.

Although not as punctual in the modern sense, most ancient civilizations adjusted daily schedules to the sun more flexibly than modern Daylight Savings Time does, often dividing daylight into twelve equal hours regardless of day length, so that each daylight hour was longer during summer. For example, Roman water clocks had different scales for different months of the year: at Rome’s latitude the third hour from sunrise, “hora tertia”, started by modern standards at 09:02 solar time and lasted 44 minutes at the winter solstice. At the summer solstice it started at 06:58 and lasted 75 minutes. With the invention of modern mechanical clocks, time was divided into equal-length civil hours which eventually supplanted unequal hours. So today civil time no longer varies by season, although unequal hours are still used in a few traditional settings, such as some Mount Athos monasteries. 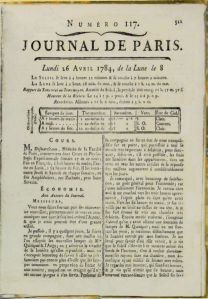 During his tenure as the American envoy to France, Benjamin Franklin anonymously published a letter suggesting that Parisians economize on candles by rising earlier to take advantage of the morning sunlight. This 1784 satire proposed things like taxing shutters, rationing candles, and waking the public by ringing church bells and firing cannons at sunrise. Ben Franklin did not propose Daylight Savings Time like many people think; like ancient Rome, 18th-century Europe did not keep precise schedules. However, this soon changed as rail and communication networks came to require a standardization of time unknown in Franklin’s day.

Modern Daylight Savings Time was first proposed by the New Zealand entomologist George Vernon Hudson, whose shift-work job gave him leisure time to collect insects, and made him aware of the value of after-hours daylight. In 1895 he presented a paper to New Zealand’s Wellington Philosophical Society proposing a two-hour daylight-saving shift. The proposal received considerable interest in Christchurch, New Zealand and he was asked to followed up the proposal which he delivered in an 1898 paper. Many publications incorrectly credit Daylight Savings Time’s invention to the prominent English builder and outdoorsman William Willett, who independently conceived Daylight Savings Time in 1905 during a pre-breakfast ride, when he observed with dismay how many in England slept through a large part of a summer day. An avid golfer, Willett also disliked cutting short his golf round at dusk. His solution was to advance the clock one to two hours during the summer months. Willet wrote this proposal and published it two years later.

Willett lobbied unsuccessfully for the proposal in the United Kingdom until his death in 1915. During the first world war Germany and its allies, were the first European nations to use Willett’s invention. Starting on April 30, 1916, as a way to conserve coal during wartime they adopted Daylight Savings Time. Britain, most of its allies, and many of the European neutral nations soon followed suit. Russia and a few other countries waited until the following year; and the United States adopted it in 1918 after the war had ended. Since then, the world has seen many enactments, adjustments, and repeals to Daylight Savings Time.

Contrary to popular belief, no federal rule mandates that states or territories observe daylight saving time. Federal law simply stipulates that areas that do switch back to standard time at 2 a.m. on the last Sunday in October.

William Willett’s 1907 proposal argued that Daylight Savings Time increases opportunities for outdoor leisure activities during afternoon sunlight hours. The longer days nearer the summer solstice in high latitudes offer more room to shift daylight from morning to evening so that early morning daylight is not wasted. Daylight Savings Time is commonly not observed during most of winter, because its mornings are darker: workers may have no sunlit leisure time, and children may need to leave for school in the dark.

So now that we have a wee bit of history about the practice, I am going to come out and say it. Since it is such an abstract concept, and one that was invented in a time that could truly benefit from it I am beginning to think it’s time for it to go. Yes I know everyone just wants to smack me now for saying it. But think about it, Daylight Savings Time is really an abstract thought. The amount of hours in the day stay the same, the amount of daylight does not change. Only the position of the hands on the clock do, and since people have become driven more by mechanical time, and opposed to the solar clock Daylight Savings Time is more nostalgic than anything else.

Some things to note:

In reality it only saves us about 0.05% on energy use when we observe Daylight Savings Time.

There are places in the Southern Hemisphere that have as much as a 3 hour time shift to the physical location in the north due to time zone shifts and Daylight Savings Time shifts.

There are no proven health benefits to it

There is only about a 3% gain in economic stimulus from it and this primarily applies to a small segment of the retail sector.

A 2009 U.S. study found that on Mondays after the switch to DST, workers sleep an average of 40 minutes less, and are injured at work more often and more severely.