About a month ago I decided to cut the TV package off of my Google Fiber account. I simply couldn’t justify paying for all the channels I never watched. Like all TV services, Google is forced to buy network packages, so everyone ends up getting a flood of channels they’ll never watch. In my case, it was all of the Spanish language channels, a ton of sports programming and religious networks, children’s programming, and home shopping networks. When I took a look at the channel line up, out of hundreds of channels that were being offered there were probably 15 to 20 that I wanted, and 6 of those were available over the air for free with an HD antenna. So I did some math added up the cost of services like Netflix, Amazon Prime, Hulu, DirectTV Now and figure I could save close to 100 bucks a month if I dropped the Google TV package and went 100 percent streaming.

Now, before anyone jumps on the Google Fiber bashing bandwagon, let’s get something straight this is the same situation for any cable and internet service provider because the networks have them hamstrung. The same thing applies to Rectum, I mean Spectrum (formerly Time Warner), Cox, SureWest, ATT, DirectTV, Dish, and on and on. They all have to buy the big network packages and offer more than any customer ever really needs. There simply is no ala carte TV solution available for consumers, which sucks. Given the opportunity, I would buy each channel I watch for a set price and be done with it. Unfortunately, that isn’t coming anytime soon from what I can tell.

Here I am about 4 weeks in, and I don’t think I’ll go back. I don’t have a DVR, although there are plenty of options available. I have access to the content I want to watch. I’m actually watching less TV and engaging more with content like TED Talks on my Apple TV. Since I never watched anything beyond the national news in real time I don’t feel like I am missing any programming that I am interested in, and thanks to my Smart TV from Sony I have Netflix and Amazon built in with both offering 4K content that looks great. My only gripe is networks like CBS are trying to force me to install their app and then pay for individual shows which means I am forced to watch programs like 60 Minutes, and CBS Sunday morning on my Computer or iPad through the CBS News websites, and I’m OK with that.

Over the last year Pay TV has continued to decline as streaming services continue to produce original content, and offer up programming available from other networks. I don’t see this trend ending which is going to force the major networks and cable providers to rethink their strategy. They are going to have to figure out a new model because I’m not the only one cutting the cord and moving on.

Out of all the channels shown below, the highlighted ones are those that we watched, and some of those were few and far between. 5 of them are available for free over the air in HD. 220+ channels and we were watching 15 of them.

Do you know a video nerd in need of some new studio / edit bay / office decor? If so, this is the perfect lamp for them. Inspired by analog TV test cards, Hungarian designer Simon Forgacs has created the “Mono Lamp”, a table lamp that captures the essence of TV for a those of us who grew up with analog CRT’s. The lamps come in two variations, color, and grayscale, with the latter looking a bit like the Death Star from Star wars.  Both are constructed from a plastic globe that is suspended above an ash wood base on an aluminum pole. Each is just under 12 inches in diameter with a height of 14 inches. You can pick one up on Forgacs Indigogo site, but if you live outside of Europe you’re going to need an adapter for the Type C plugin. 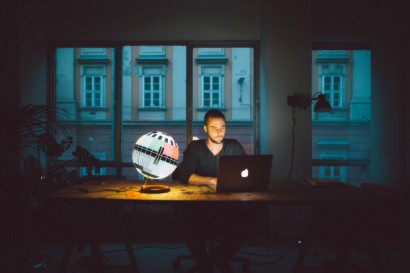 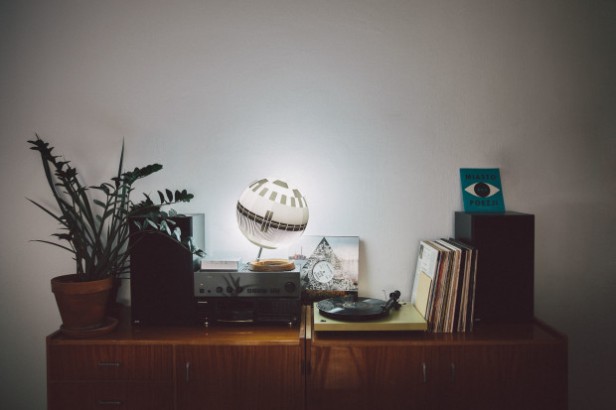 Most of my Friday morning has been spent looking at video clips trying to find inspiration for an animated video wall that will be playing in an upcoming trade show. While perusing the Vimeo I came across this series of videos from NERDO for the rebrand of La Effe. Theses have such a great look to them. Simple graphics, reduced color pallet, nice use of typography, great timing, and presence. The Graphic Pack shows the application of the look across a broad spectrum of uses, while the indents showcase a tighter venue for the animation. Yes I am seriously considering borrowing some of this concept for my 60 second loops. If you want to know more about the work, there is a complete case study here.

Tis the season, and Barcelona’s COMODO has produced a series of indents forSpanish broadcasting network TVE. The spots use a zoetrope to crete the animations. Each piece was built from scratch over a two month period of time with lots of trial and error to get things just right. The result is a series of fun holiday themed indents featuring Christmas, New Years Eve, and the Three Kings. Below are the final results and a making of video that is light on technical details but fun to watch just the same.